Near death experiences and consciousness after clinical death. The biggest scientific study ever published

Southampton University scientists have found evidence that awareness continues for at least several minutes after clinical death which was previously thought impossible.

Near death experiences in a European Resuscitation Council paper

A recent article in the British newspaper The Daily Mail (1) featured an interview with Dr. Sam Parnia, with the lead “Consciousness may continue even after death, scientists now believe”. Sam Parnia is head of a multidisciplinary team at Southampton University (United Kingdom) who published a study in the Oficial Journal of European Resuscitation Council, with the title “AWARE—AWAreness during REsuscitation—A prospective study” (DOI: http://dx.doi.org/10.1016/j.resuscitation.2014.09.004) (3) which included more than 2,000 persons who suffered a car cardiac arrest and successfully responded to resuscitation treatment, in 15 hospitals in the United Kingdom, United States and Austria. This is the largest study of its kind to date, using a rigorous methodology, in order to exclude all those cases that could be based on individual impressions that are worthy, but which hold no scientific interest.

Jerry Nolan, Editor-in-Chief at Resuscitation Journal, who did not participate in the study but is considered an authority on the subject, said of the research, “Dr. Parnia and his colleagues are to be congratulated on the completion of a fascinating study that will open the door to more extensive research into what happens when we die.” (2)

Consciousness after clinical death or Near death experiences “Whether it fades away afterward, we do not know”

The results revealed that 40% of those who survived a cardiac arrest were aware during the time that they were clinically dead and before their hearts were restarted. Dr. Parnia, in the interview, stated: “The evidence thus far suggests that in the first few minutes after death, consciousness is not annihilated. Whether it fades away afterward, we do not know, but right after death, consciousness is not lost. We know the brain can’t function when the heart has stopped beating. But in this case conscious awareness appears to have continued for up to three minutes into the period when the heart wasn’t beating, even though the brain typically shuts down within 20-30 seconds after the heart has stopped. This is significant, since it has often been assumed that experiences in relation to death are likely hallucinations or illusions, occurring either before the heart stops or after the heart has been successfully restarted. but not an experience corresponding with ‘real’ events when the heart isn’t beating. Furthermore, the detailed recollections of visual awareness, in this case, were consistent with verified events”.

The study director continued, saying that, “A total of 2060 cardiac arrest patients were studied. Of that number, 330 survived and 140 said that they had been partly aware at the time of resuscitating”. Of these latter, states Parnia, “thirty-nine percent […] described a perception of awareness, but did not have any explicit memory of events”, which suggests, according to Dr. Parnia, that “more people may have mental activity initially but then lose their memories, either due to the effects of brain injury or sedative drugs on memory recall”.

He continued, saying: ” One in five said they had felt an unusual sense of peacefulness while nearly one third said time had slowed down or speeded up. Some recalled seeing a bright light; a golden flash or the Sun shining. Others recounted feelings of fear or drowning or being dragged through deep water. 13 percent said they had felt separated from their bodies and the same number said their senses had been heightened.”
Parnia believes that “contrary to perception, death is not a specific moment, but a potentially reversible process that occurs after any severe illness or accident causes the heart, lungs and brain to cease functioning.”

Exploring what happens when we die

The study director said,  “In this study, we wanted to go beyond the emotionally charged yet poorly defined term of “near death experience” to explore objectively what happens when we die. While it was not possible to absolutely prove the reality or meaning of patients’ experiences and claims of awareness, (due to the very low incidence – two percent – of explicit recall of visual awareness or so-called out of body experiences), it was impossible to disclaim them either and more work is needed in this area”.

Finally, we cite the opinion of David Wilde, a psychologist at Nottingham Trent University (United Kingdom), who is currently compiling data on out-of-body experiences, in an attempt to define a pattern which links each episode, says “Most studies look retrospectively, 10 or 20 years ago, but the researchers went out looking for examples and used a really large sample size, so this gives the work a lot of validity. “There is some very good evidence here that these experiences are actually happening after people have medically died. We just don’t know what is going on. We are still very much in the dark about what happens when you die and hopefully, this study will help shine a scientific lens onto that.” (The Telegraph, October 7, 2014)

In our opinion, the study led by Parnia merits special attention, because of its scientific rigor and the prudence of its conclusions, which are supported by scientifically proven facts. We hope that this study can also be extended to those who have been diagnosed as brain dead and have come back to life. 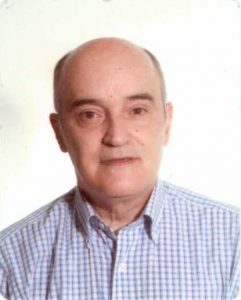