Human somatic cell nuclear transfer (SCNT) or human cloning  for reproductive and therapeutic purposes and oocyte use have objective ethical difficulties, principally that it objectifies the human embryo produced, it instrumentalises it, which goes against the dignity inherent to its own human nature.

However, another ethical problem of this practice is the large number of oocytes (eggs) that it requires. Obtaining them may therefore go against the dignity of the donor, not only because it instrumentalises her, but also because the ovarian hyperstimulation necessary to facilitate the production of a large number of oocytes can result in objective side effects for the donor’s health, and even occasionally (although rarely) cause death.

In relation to the ethical difficulty of manipulation of the egg donor, Ikemoto published an interesting article reflecting on this in the Hastings Center Report (November-December 2014). We shall take a paragraph or two from this report, together with our own comments.
Since Cibelli et al. reported that they had cloned a human embryo for the first time (Journal of Regenerative Medicine 2; 25, 2001), various attempts have been made to clone humans, but it appears that the first scientifically acceptable attempt was by Mitalipov’s team, who published a paper in Cell (153; 1228-1238,2013), in which they stated that they had been able to produce human blastocysts by SCNT.
In 2014, another article was published by Egli’s group (Nature 510; 533-536,2014), in which they claimed that they had obtained pluripotent cells from the skin cells of a newborn and an adult woman with type 1 diabetes, from which they were able to derive insulin-producing beta-pancreatic cells. 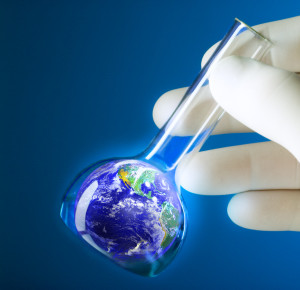 Also in 2014, a new article was published in Cell Stem Cell (14; 777-80,2014), which discussed how a Regenerative Medicine team from Los Angeles generated human blastocysts using skin cells from two adult males (one aged 35 and the other 75).
In all three studies, the researchers were able to derive embryonic stem cells from the blastocysts produced.
While these are three important papers from a biomedical point of view, all of them have undoubted ethical problems.
As already mentioned, the instrumentalisation of the egg donors is by no means the least of them.  As Ikemoto’s article reports, “the need to use human oocytes could hinder future research”, since in the three aforementioned studies, 512 oocytes were used to produce only four embryonic stem cell lines. This low efficiency means that the technique needs improvement, so that such large numbers of oocytes are not required.

As Ikemoto says, the laws that regulate egg donation differ in the three American States in which these practices were carried out. In Oregon, there are no legal regulations for obtaining eggs, for either reproductive (in-vitro fertilisation) or experimental purposes. In New York, women who donate eggs for experimental purposes can be financially compensated according to that stipulated by the American Society of Reproductive Medicine (ASRM) in relation to the remuneration of these practices. It even specifies that women can be compensated with 8,000 dollars (although the ASRM stipulates that when the payment to the donor exceeds 5,000 dollars, it must be justified, and that payments above 10,000 are not appropriate).

The California investigators stated that they had adhered to the ASRM guidelines, since in there are no laws regulating donation in California.
However, many investigators consider that having to compensate egg donors could be a drawback for many research studies.
What does seem to be widely accepted, however, is that clear rules need to be established for egg donation that are similar in the three States in which these research studies were conducted, otherwise incidents as unfortunate as those that occurred with Woo Suk Hwang’s human cloning experiments could happen; Woo Suk Hwang was the Korean researcher who said that he had cloned human embryos for the first time, but it was later found that his research had been fraudulent. The most interesting point however, in relation to this matter, is that the first complaint made against Woo Suk Hwang was not for falsifying his work, but because it was assumed that he may have pressured his female students to obtain oocytes, since his experiments required the use of 2221 eggs and he only paid 1445 dollars for them, which of course presupposes that most were not remunerated.

The need to obtain human oocytes has increased with the implementation of mitochondrial transfer procedures to prevent the transmission of mitochondrial diseases. This requirement for human oocytes has led the health authorities in the United Kingdom to legalise hybridisation between animal ova and human somatic cells, to try to avoid the use of human oocytes in somatic cell nuclear transfer (cloning) experiments, although this practice in itself has other undoubtedly serious ethical problems.