Skip to content
Home/BIOETHICS NEWS, Human embryos, NEWS and VIEWS/Dignity of the human embryo from fecundation is recognised by the European Court of Human Rights

On 27 August, 2015, the Grand Chamber of the European Court of Human Rights (ECHR) issued its judgement in the case of Parrillo vs. Italy (Application no. 46470/11), rejecting by 16 to 1 the applicants desire to donate human embryos to be used in biomedical research, an act prohibited by Italian artificial fertilisation law 40/2004.

The applicant had undergone fertility treatment – IVF – in 2002, with the creation of five embryos. However the father died before they could be transferred, so she decided not to continue with the process, but instead to donate the embryos for scientific research and thus “contribute to researching treatment for diseases that are difficult to cure”; in other words, to procure the health of the eventual future beneficiaries of the research, if it was successful, although this would necessarily mean destroying the embryos, i.e. the death of her “extrauterine” children. However, Italian law 40 of 19th February 2004 did not permit this, so after unsuccessfully concluding the entire internal judicial process, she resorted to the ECHR.

The mother alleged the existence of a real right to her embryos and a violation of article 8 of the ECHR, concerning respect for her private life which, in this case, involved destruction of the embryos at the service of science. The ECHR, after reviewing its previous rulings, recalled that human embryos cannot be reduced to “possessions”, for the purposes of the protection sought, and rejected the complaint.

Dignity of the human embryo: exists from fertilisation itself

This is a major decision, both because of the importance of the ECHR, as a body that sets standards for the 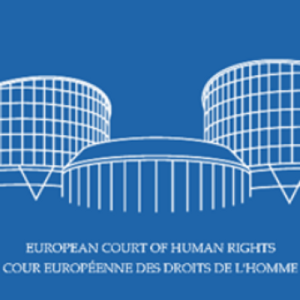 protection of human rights for signatory countries of the ECHR, and to consolidate a trend already started in the European judicial framework counter to the consideration of embryos as “things” or objects, lacking in dignity and possible passive subjects of unlimited manipulation. This is the case of the Ruling of the European Court of Justice (ECJ), with headquarters in Luxemburg, in the case of Oliver Brüstle vs. Greenpeace, of 18th October 2011, which noted that the embryo exists from fertilisation itself, as well as in other techniques aimed at activating the ovum, without using the term “pre-embryo”. In this case, the European High Court concluded that embryonic stem cells cannot be patented, because if embryos are destroyed to obtain these cells, the protection of human dignity is violated.

The seriousness and firmness of the protection of the embryo in these European court judicial decisions contrasts with the treatment given to the embryo in Spain, both legislatively and judicially by some sectors of our highest authorities. Effectively, as early as Law 35/1988, and Laws 14/2006 and 14/2007, the continuity of human life from fertilisation has been fragmented legislatively, by denying the status of human life to the pre-implantation embryo, confusing, against all scientific evidence, the start of human life with external and artificially enforced viability depending on whether the zygote is implanted or not. This fallacy not only manages to deny scientific evidence, but also confuses biological with functional viability.

To this lack of legal protection must be added that promoted by a certain judiciary (see ad exemplum the Vice-president of the Constitutional Court Ms. Adela Asúa in her dissenting opinion against the Constitutional Court ruling of 25 June 2015 on writ of protection no. 412/2012), which considers the non-implanted zygote as non-protectable, following an old doctrine that should be urgently abandoned due to lack of consistent scientific and legal support, and which was based on Constitutional Court ruling 116/1999, of 17 June, in which FJ 9 (judicial consideration no. 9) addresses the question relative to non-viable pre-embryos (which cannot even be considered nascituri).

We hope that after this Ruling, a real legal and judicial possibility will emerge to protect human beings from their conception, respecting their unique and inviolable dignity, taking into account not only to the gestational biological reality, but the latest jurisprudential streams that connect us.