Gene editing in human embryos. England opened the gates with a scientific community deeply divided in this respect

The United Kingdom Human Fertilisation and Embryology Authority (HFEA) has approved a request from the Francis Crick Institute to use new gene editing techniques in human embryos for the first time. The research will be led by Dr. Kathy Niakan. The group’s objective is, in principle, to determine which genes are necessary for successful development of the human embryo, to hopefully improve the viability of embryos obtained by in-vitro fertilisation (IVF), and to develop new treatments for infertility in the future. Nevertheless, once the gates have been opened to these types of studies, other applications will be investigated.

The research will use embryos left over from IVF treatments, which will be observed for the first seven days of development, after which they will be destroyed.

The ethical repercussions of this decision are considerable. On one hand, numerous human embryos will be manipulated and then 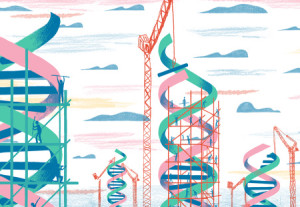 destroyed, which is morally unacceptable. Less tragic, but also entirely reprehensible, is the fact that this is a germline genetic modification, since any modification of an embryo in such an early stage of development will appear in all its cells, and would be transmissible to its descendants. In fact, it is because of the risks that this poses that the embryos will only be allowed to live for seven days, as the consequences of this early genetic modification are unpredictable. Nevertheless, approval of these experiments puts us on a slippery slope towards the introduction of germline genetic modification in human medicine, which in turn could lead to the practice of genetic enhancement.

This research has been accepted at a time at which the scientific community is deeply divided in this respect, and at which the advisability of taking this step is still being debated. In addition to all the ethical problems raised by germline genetic modification, using it for these ends could discredit a highly promising technology in other much less controversial fields of application.