In 2008, there were around 43,800,000 induced abortions worldwide (Lancet, January 2012), i.e. 120,000 per day and 5,000 per hour. This number of abortions is two and a half times the population of Syria (17,064,854 in 2015). While some of the issues with migration and social suffering that we are witnessing in the world these days are undoubtedly appalling, extinguishing almost 50 million unborn human lives each year can also be described in the same terms. Yet it seems that this problem does not exist for society, or at least, society does not want to see it. 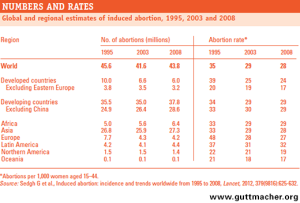