The reality of IVF success rate

The European Society of Human Reproduction and Embryology (ESHRE) has published a new report, the latest, on the outcomes of assisted reproduction in Europe, corresponding to the year 2011.

It includes data from 33 countries, two more than in 2010, from 1064 clinics, which total 609,973 ovarian stimulation cycles. Of these, 138,592 correspond to in-vitro fertilisation (IVF) and 298,918 to intracytoplasmic sperm injections (ICSI). Frozen embryos were used on 129,693 occasions, and donor eggs on 30,198. Preimplantation genetic diagnosis to select the best embryos was used 6,824 times. Artificial insemination using the husband or partner’s semen was performed on 174,390 occasions, and using donor semen on 41,151.

The most interesting thing about this report, however, is undoubtedly the outcomes obtained. The pregnancy rate in the first IVF cycle per aspiration and per embryo transfer was 29.1% and 33.2 %, respectively, while these rates were 27.9% and 31.8% when ICSI was used. 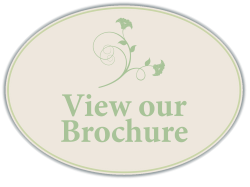 These are very interesting data since they reflect the reality of the success rate achieved with IVF, or the percentage of women who were able to have a child after several attempts plus ICSI, which after one stimulation cycle varies around 20% of births and after three between 30% and 40%. These are without doubt percentages much lower than those that most clinics show in the brochures that they use to attract clients.