The hereditary diseases that scientists are attempting to sidestep can remain

According to the endosymbiotic hypothesis, around 1500 million years ago, the mitochrondrion was a bacterium or prokaryotic cell phagocytosed by another to which it provided energy in the form of ATP; the host cell gave it a stable, nutrient medium. Over time, instead of integrating itself in the nucleus, this invader became specialised as an energy centre and reduced its DNA to the current 37 genes. “Why do we still have mitochondrial DNA?” asked Ben Williams of the Whitehead Institute for Biomedical Research in February this year in Cell Systems. “It’s like saying you have a central library with all your books in it, but we’re going to keep 10 of them off-site in a leaky shed”, protected from fire, flood or theft.

Despite this age-old coexistence in all multicellular organisms, the mitochondrion continues to hide mysteries. It is responsible for more than 150 diseases, many of which affect the musculoskeletal and central nervous system, and have no cure. Last year, Great Britain approved so-called mitochondrial replacement —which has still not been given the green light for use in medicine— from which three-parent embryos would result: paternal spermatozoa and maternal nuclear DNA without defective mitochondria, which is transferred to an enucleated donor egg with healthy mitochondria. There has been great bioethical and scientific discussion in recent months about a technique on which few tests have been carried out and which would alter the germ line.

This is something that, in addition, appears simple on paper but is not so straightforward in the laboratory. Last May, Dieter Egli’s team from the New York Stem Cell Foundation published some experiments in Cell Stem Cell, in which it was observed that the small amounts of “sick” (mutated) mtDNA that are always dragged with the nuclear DNA towards the donor egg can end up “winning out” over the healthy mtDNA of 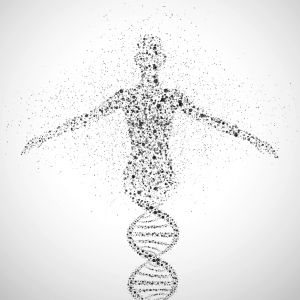 that egg, with the risk that the hereditary diseases that scientists are attempting to sidestep remain. Egli suspects, according to the report in Nature, that this resurgence occurs because one mitochondrion would replicate its DNA more rapidly than the rest, perhaps because of differences between the two mtDNA populations (Read HERE).

Faced with the possibility that this mutated mtDNA could prevail, the United Kingdom Human Fertilisation and Embryology Authority, which supervises the clinical applications of mitochondrial replacement, has recommended investigating the problem in depth before giving their approval. Paul Knoepfler of the University of California in Davis declared last month in The Scientist that “until the risk of that small contamination is clarified, clinical use of the technique would be irresponsible”.

Mitochondrial autonomy — which allows it (among other abilities) to induce mass fragmentation when threatened, according to an article published in January in Science by a California team, or to exploit the cell’s regulatory control mechanisms for its own evolutionary interests, as noted last week by Maulik Patel of Vanderbilt university in California — makes it difficult to predict how these three-parent embryos will evolve.

At the start of this month, José Antonio Enríquez’s team from the National Cardiovascular Research Centre in Madrid published a trial in Nature in which they reported that changing the mtDNA of mice triggered a series of adaptive mechanisms that would allow healthier aging. The results underline the importance of correctly selecting the chosen mtDNA variant in the mitochondrial replacement. “The potential risks of this procedure should not be ignored”, said Enríquez. “Just as with organ transplantation and blood transfusion, it is important to select mitochondrial donors […]” (José Ramón Zárate. Diario Médico,18/07/2016).