Transhumanism: the abolition of man?

What is transhumanism? What is the meaning of this concept? When we hear the word transhumanism, the idea may come to mind that it is possible to improve human nature, to go beyond the cultural and social present in which human societies find themselves right now. That is essentially the claim. Transhumanism seeks to improve the human condition, to perfect it, to take it beyond the present moment to overcome its limitations through technology.

Viewed thus, the transhumanist goal seems legitimate, for when has man not sought to perfect himself, to find new cultural situations that offer him a better way of life commensurate with his dignity? Perhaps this is not the right question, though, to find the supposed legitimacy of transhumanism to perfect the human being. 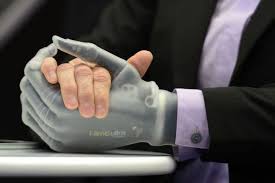 This word must be examined more closely: trans-humanism. It seeks to go beyond the human. Perhaps because the human is seen as a problem. It can undoubtedly be said here that this is the case: the trans is sought – because the human should be eradicated. In itself, the nature of the human being is his condemnation. We can thus see in the transhumanist position the pursuit of European Enlightenment culture, which holds the belief that the human being must be removed from nature in order to be free. Human freedom must be withdrawn from the order of nature in order to be fully realised. In a certain way, herein lies the ideal of scientific progress of modernity. A cognitional method that sees nature as a threat to man and that seeks to subdue it with the culture and technology that is developed in it.

Modern enlightenment culture can therefore be referred to as transnatural. Now it is the human’s turn. Any attachment to nature, any biological link, can be seen as a threat to the concept of life that is understood within the conceptual framework of transhumanism. Biology conditions, it determines, the productive life of the human being. Precisely because the human is, in part, biological. But this robs us temporarily of the pretension of unlimited life because we are linked to the cycle of life that comprises the circularity of natural movements. Thus, it seeks a linear, indeterminate, infinite, homogeneous time, in which life is transformed and does not depend on the natural cycle. 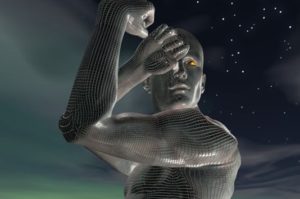 According to what has just been said, the body is seen as something unworthy to live, since in itself is written the word death. It is seen, then, that life, the being, the entity, does not depend on the body, and must be disconnected from it in order to remain outside of it.

There is a manifest dualism that understands that corporeity is a condemnation of nature.

The way to achieving new life leads to overcoming the human, which is the source of all ills and limitations. Because it considers that what defends the human, humanism, is a deception, a cultural artifice to prevent the advance and advent of the definitive era in which man can — thanks to technology — leave behind all humanism, any cultural value that justifies the existence of the human and bestows dignity on that radically corrupted nature and that makes freedom a slave.

The redemption of freedom is thus based on the elimination of the human, because that which is human does allow true freedom. It does not allow development of the true essence of the being that belongs to this human being, and which must cease to be. Thus, to say human being is a manifest contradiction within this conceptual framework. It cannot be if it is human.

It was this upon which Martin Heidegger reflected in 1946 when, after the cultural intoxication of National Socialism, he sought to answer the question posed to him back then by Jean Beaufret: How can we restore meaning to the word humanism? To which Heidegger did not hesitate to answer that the word had lost all meaning[1].

Thus, Heidegger, in his Letter on Humanism, presented an openly post-modern reflection that sought to overcome the concept of humanism by putting an end to the thinking that comprehends that human essence can be understood by reason and perfected by the moral virtues. Rational knowledge of the human being remains, then, outside the search for that being that is alienated by the human. This entails, without doubt, rejection and contempt for the rational and the corporeal. Because physiology and physiological chemistry can investigate the human being as an organism, from the perspective of the natural sciences, it does not prove in any way that the essence of man lies in that “organic”, i.e. in the scientifically explained body.

And, adds Heidegger: just as the essence of man does not consist in being an animal organism, neither can this insufficient definition of man’s essence be overcome or offset by outfitting man with an immortal soul, the power of reason, or the character of a person[2].

With that said, it is clear that the quest to overcome the human, to make the moment of trans-humanism that eliminates the human arrive, means in itself a denial of reason and of the personal reality of the human being. It inevitably arrives at contempt for human corporeity, for the integrity of the human person, and seeks to deprive it of the manifestation of its essence through the natural body. How? Is it possible to be without the body? That is what the transhumanist credo states, since it believes that, when the time comes, it will be possible to reduce human consciousness to the technological reality and make it subsist cybernetically outside the body.

That is how the goal of transhumanism is reached: denying reason, from the irrationality that voluntarily assumes the radical corruption of human nature, it intends to free human beings from their human condition with a technologist stance that, it may be said, attacks the rationality of the scientific method, awarding science the salvific role typical of religions of the Judeo-Christian tradition. It may perhaps be said that transhumanism seems to be a contradiction in itself and that, certainly, is a strict abolition of the human being.