From an ethical point of view, the use and destruction of human embryos, members of our species and worthy of full dignity is completely unacceptable and, it should be noted,  these experiments involve genetic modification of the germline, the safety of which is still far from being guaranteed

On 9th March this year, New Scientist reported the first results obtained by a team of scientists in China who had applied the CRISPR gene editing technique in normal human embryos.

This technique has already been applied in China on two occasions in non-viable human embryos, which have a limited capacity for development and so would be unable to result in the birth of a child, even if implanted in a woman. The efficacy of the technique was very low in both studies, giving rise to numerous off-target mutations (in parts of the genome where nothing should have happened).

In England, gene editing in embryos has already been approved, which in theory will use embryos left over from in-vitro fertilisation treatments. However, the results of this research have yet to be published. 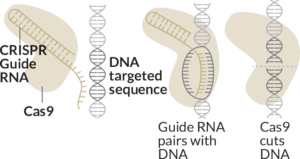 In the aforementioned study published in New Scientist, the technique was applied to six embryos with some mutation in their DNA (they had been created purposely to have these mutations, fertilising eggs with sperm from men who had a hereditary disease). The genome was correctly repaired in only one of these embryos, but in another two, the repair occurred only in some cells. In a fourth embryo, CRISPR introduced an undesired mutation, while in another two, the technique did not work. These results are presented as promising, and more effective than those obtained in non-viable embryos. However, the small number of embryos used means that, statistically, these findings cannot be considered relevant.

From an ethical point of view, the use and destruction of human embryos, members of our species and worthy of full dignity is completely unacceptable. Furthermore, these experiments involve genetic modification of the germline, the safety of which is still far from being guaranteed, with the risks aggravated by the fact that if the modified individuals were to have offspring, these children would inherit the genetic changes.