Skip to content
Home/Bioethics, Genetics and Genomics, NEWS and VIEWS/Germ line genome editing. Current tendency is to accept it, with the ethical difficulties that it entails

Germ line genome editing. Current tendency is to accept it, with the ethical difficulties that it entails

In December 2015, an international summit took place in Washington D.C., convened by the United States National Academy of Sciences and the National Academy of Medicine, at which scientists, doctors, bioethicists and specialists in legal matters met to reach a consensus on the application of genome editing (see HERE) in humans, at both laboratory and clinical level. 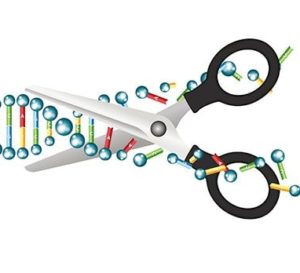 As a result of this summit, a report was drawn up (see HERE) and has recently been published. The report tackles questions on the application of gene editing in humans, including the balance between the potential benefits and unintended harms, how to govern the use of genome editing, the incorporation of societal values into clinical applications and policy decisions, and respect for the differences across nations and cultures that will determine whether these new technologies will be used and how. One of the most relevant aspects of this report, however, is that it favors the use of genome editing techniques on the germ line, i.e. gametes and early embryos, although restricting their use only to the prevention of serious diseases and providing that there is no other alternative.

The risks of germ line genome editing are unpredictable, aggravated by the fact that the changes produced will be transmitted to offspring. An added concern is that their application to disease prevention could open the door to human enhancement or the production of designer children (see HERE), which would mean modifying our genome to make us stronger, taller, thinner, more intelligent, etc., which is known as transhumanism. In spite of all these ethical difficulties, this report is a further example of the fact that, even though there is no consensus among the scientific community regarding the advisability and safety of this application (see HERE ), the current tendency is to accept it, with the ethical difficulties that it entails.