A medical, legal and ethical approach of paediatric euthanasia in Belgium

“All patients, including children, should have access to palliative care units”

We believe it interesting to refer to an article published in JAMA (311, 1963-1964) last May, which discussed various aspects of paediatric euthanasia en Belgium.

On 13 February 2014, the Belgian Parliament approved an amendment to the Act regulating euthanasia in Belgium, in order to legalise euthanasia in children with serious illnesses. The amendment in question, supported by the majority of Belgians and recently signed into law by King Philippe, will allow euthanasia in children who are permanently in severe pain. As in all cases of euthanasia, parental consent will be required, and it will exclude children with intellectual disabilities or mental illnesses and must be approved by a multidisciplinary medical team, who will carefully assess the mental capacity of these children.

The approval of this law marks the culmination of the gradual acceptance of euthanasia in Belgium. To date, the Netherlands, Belgium and Luxemburg are the only countries in the European Union in which euthanasia is legal.

Euthanasia for adults has been legal in Belgium since May 2002, unlike paediatric euthanasia. A preliminary study examining the opinion of physicians on child euthanasia showed that 69% were in favour of legalising it. 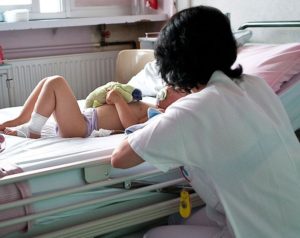 In March 2005, recognising that euthanasia in children was rising, without the due legal protection, doctors from the University of Groningen in the Netherlands published practice guidelines for euthanasia in severely disabled newborns. This document is in favour of the legalisation of active euthanasia in children “with a hopeless prognosis who experience […] unbearable suffering”. The protocol specifies that terminating the life of these children may be acceptable if four requirements are met: a) the presence of hopeless and unbearable suffering; b) the consent of both parents; c) consultation with physicians; and d) that the procedure for terminating the life of these children be in accordance with medical standards.

In contrast to the Belgian law, the Groningen protocol represents a form of active, not voluntary euthanasia, in which the patient, the neonate, does not have the capacity to express their preferences.

In summary, the legalisation of paediatric euthanasia in Belgium would be permissible only for “terminally-ill children, who are close to death, experiencing constant and unbearable suffering”. This situation presents in certain circumstances, but the solution, in the opinion of the authors of this article, should be medical and not euthanasia. They also state that all patients, including children, should have access to palliative care units which, while they are not always the answer to every problem, may help to alleviate the suffering of patients and help them to die (see HERE the euthanasia of the first minor).

We defend the latter position, since euthanasia, whether it be in adults or children, can never, in our opinion, find ethical support.