Skip to content
Home/Bioethics, BIOETHICS NEWS, Human embryos, NEWS and VIEWS/The amazing finding of senescent cells in embryos. Until now, these cells had been found only in aging tissue

The amazing finding of senescent cells in embryos. Until now, these cells had been found only in aging tissue

The process by which cells cease multiplying is known as senescence. In 1961, biologists Hayflick and Moorehead cryoconserved human fetal cells and found that these divide around 50 times and then simply stop doing so, as occurs in the human body (see recent article, AGING CELLS ARE KEY TO FINDING FOUNTAIN OF YOUTH) 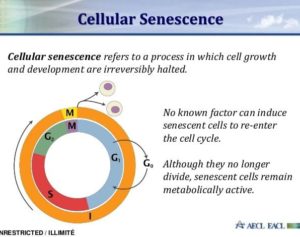 In fact, senescent cells are involved in many of the signs of aging: wrinkled skin, cataracts, and arthritic joints, which are produced by the effect of an increase in these cells. On the contrary, it has been found that by decreasing senescent cells in mice, signs of rejuvenation can be detected in these animals.

Considering that in all research, senescent cells have been found only in old or damaged tissues, the last place one would expect to find them would be at the very beginning of life, in the embryo. Now, however, three scientific teams have reported that they have observed the same phenomenon at this point.

For the first time, senescent cells have been found in embryos, and scientists have presented proof that senescence is crucial for their proper development.

This discovery raises the possibility that the start and end of life are intimately connected. In order for life to have a good start, senescent cells are needed, i.e. youth needs a little bit of old age.

Scott Lowe, an expert in senescence at Memorial Sloan-Kettering Cancer Center, who did not participate in the research, has lauded the studies, which point to the unexpected role of old age, and predicted that it would provoke a spirited debate between developmental biologists, who study how embryos are formed. “They are going to love or hate this discovery,” said Lowe.

Although senescence can be a powerful defence against cancer, by stopping cell multiplication, this is at a high cost, since although tumour processes can be prevented, an increasing number of senescent cells accumulate, with a resulting increase in inflammatory.

In the middle of the last decade (2000), William Keyes, a biologist at Cold Spring Harbor Laboratory in Long Island, studied the way in which senescence leads to aging based on genetic experiments with mice; he did not find any evidence that the DNA in senescent cells in embryos was affected. After transferring to the Center for Genomic Regulation in Spain, he decided to continue his research on how normal cells started to become senescent, proposing the hypothesis that they do so in response to signals from neighbouring cells.

Once an embryonic cell becomes senescent, it does two things that all senescent cells do: it stops dividing and it secretes a type of chemical cocktail, which may stimulate inflammation.

Different role in the embryo than in the adult body

New experiments suggest that this substance plays a different role in the embryo than in the adult body. It may act as a signal sent to other cells to become different tissues. It could also tell the tissues to grow at different rates into different shapes.

Senescence is a process present in aging cells. Now, for the first time, senescent cells have been found in embryos, which seems to be necessary for normal embryonic development.