Video. Julian Savulescu argues in favour of an experimental treatment for Charlie Gard

By Bioethics Observatory - Institute of Life Sciences UCV|2017-07-25T00:31:04+02:00July 11th, 2017|Bioethics, Ethics of Scientific Research and Medical clinic, Euthanasia, Medical Deontology, Palliative Care, SPECIAL REPORTS, Videos|0 Comments
We present these videos and selected ideas, wich give a short clear bioethics review of Charlie Gards’s case. Our Observatory fully agrees with his conclusions.
Julian Savulescu (Uehiro Chair in Practical Ethics, Oxford), argues that Charlie Gard, who suffers from an extremely rare genetic condition called MDDS, should receive the proposed experimental treatment. According to Professor Savulescu, It’d be a reasonable price to pay for a chance of having a life that is worth living. However, there are limits to what babies like Charlie could be subjected to, and there should be a societal debate about what these limits should be, see here “Charlie Gard Legal Decision. Questionable on Secular Ethical Grounds”

In another article by Savulescu, titled “The Moral of the Case of Charlie Gard: Give Dying Patients Experimental Treatment … Early”,  concluded:

Moral of the Story 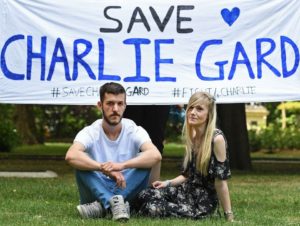 This case might be a very good example of the detrimental consequences of the act-omission distinction. Because doctors and others are more reluctant to withdraw medical treatment than withholding treatment, often a trial of treatment is not commenced (because of a fear it will have to continue indefinitely). This has disastrous consequences in denying people a chance and also failing to gather more accurate information about prognosis. The best course of action, in this case, would have been to commence experimental treatment while Charlie was anyway being ventilated during various court processes.

There is an important lesson to be drawn. Where there is contention about an experimental treatment that is requested by a dying or severely ill patient (or their representative), it should be provided with a plan for active withdrawal. A trial of treatment is sometimes better than no treatment.

Of course, if the treatment has side effects which clearly outweigh the expected benefit or cannot be offered because of distributive justice considerations, then it ought not to be provided.

For the future, we should consider being more aggressive about trials of experimental treatment where there are no other good options- with an ordered plan for withdrawal.

We entirely agree with Savulescu’s conclusion given the breakthrough advances in medical research. We also think that ethically contrasted medical decisions can not reject the option of experimental therapies with a reasonable prognosis.

Finally, treating to understand the Court’s judgment, we cite a Savuelescu’s phrase, that we make our:  The Courts have deferred to one group of doctors who are experts in the facts, but they are not experts in the ethics.