Skip to content
Home/Human embryos, NEWS and VIEWS/Pre-embryo. This term is no longer used in current discussions regarding the nature of the embryo

Pre-embryo. This term is no longer used in current discussions regarding the nature of the embryo

Everything suggests that the term has been artificially created to justify the use of embryos for IVF and biomedical experiments
A recent article has studied the use of the term “pre-embryo” (see “Determining whether the preimplantation human embryo is a living being of our species“) since its origin in June 1979 until the end of 2014, in both the scientific and bioethical literature. Its evolution over time was compared with other terms generally used in embryology. The authors also studied in which journals this term most frequently appeared, its impact factor within journals in its field, and which authors used it most. The term “pre-embryo” first emerged in the scientific literature in 1979, but it was 6 years before it next appeared. 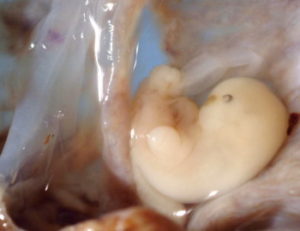 Then, after an increase in articles in the 1990s, its use began to decline, although the term never completely disappeared. This study also shows that the use of the word “pre-embryo” has not increased over time; in contrast, it is becoming less frequently used in the biomedical literature. This has not happened with other terms that refer to the pre-implantation embryo, which have continued to increase over these years, in relation to both the human and other animal species. In addition, this word has abnormally high use in humans for no apparent reason, which supports its artificial nature. Finally, the term “pre-embryo” very seldom appears in journals in the area of reproductive biology, unlike the fields of obstetrics and gynecology, where many articles on assisted reproduction are published. In conclusion, instead of substituting classical embryological terms, the word “pre-embryo” seems not to affect the use of them, while in current discussions regarding the human nature of the embryo, this term is no longer used, everything suggests that the term has been artificially created to justify the use of embryos for IVF and biomedical experiments.