Being raised by father and mother does matter. Well-being of children with same sex “parents”

The public debate on same-sex marriage does not focus on eventually adopted children, and if it does, it is based on biased studies (had been made by contacting gay and lesbian groups) and with a small sample sizes number of children who are insufficient to give definite conclusions. Neither has it been possible to study the effects of adolescents and mature age of these individuals with this new form of orphanhood. This is the only study, so far, that is based on a very large numbe 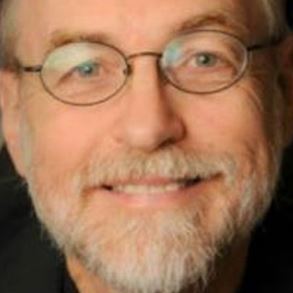 r of children and with a rigorous methodology that is based on the official clinical histories is the one that we present today.

This rigorous and complete research has dropped a bomb on the incendiary issue of children of same sex parents. In an article published in the British Journal of Education, Society and Behavioural Science (see HERE) American sociologist Paul Sullins concludes that “Emotional problems were over twice as prevalent for children with same-sex parents than for children with opposite-sex parents”.

It will be impossible for critics to ignore this research, given that it is based on more data than any other previous study. Sullins’s study took 512 children with same-sex parents, from the U.S National Health Interview Survey, and compared them with children from biological parents in the same sample, for twelve measures of emotional and developmental problems. The emotional problems included poor behaviour, worry, depression, poor relationships with contemporaries and inability to concentrate.

Until recently, almost all studies on same-sex parenting were based on relatively small sample sizes. In a review of 49 of these studies in 2010, an expert found that the mean sample size was only 39 children. Only four of these studies had been conducted with random samples; in the others, selection had been made by contacting gay and lesbian groups. In 2012, an ambitious study conducted by Mark Regnerus of Texas University identified only 39 young adults who had lived with a same-sex couple for more than three years, out of a total of 2,988 cases.

For investigators, this is a headache. The number of children raised by same-sex couples is so small (they account for 0.005 percent of American families with children) that finding them in a random sample is like looking for a needle in a haystack. Thus, the figure of 512 children, despite being relatively small, means that Sullins’s study is a relevant contribution.
Sullins examined whether other factors could explain the difference in emotional well-being. According to his analysis, none did so.

Sympathisers of same-sex parenting attribute, without any rigorous study, the poorer emotional well-being of these children to stigmatisation. These children, they say, are singled out, harassed and teased. If their peers were less homophobic, things would be different.

But Sullins dismisses this. In another article published in the British Journal of Medicine and Medical Research and based on the same data, Sullins found that the children of same-sex parents had a higher risk of having Attention Deficit Hyperactivity Disorder (ADHD). Furthermore, if they had ADHD, they were seven times more likely to be stigmatized, since their abilities to manage interpersonal relationships were damaged. In other words, if children from same-sex homes are bullied more often, it is because they lack interpersonal skills, not because they have been brought up by gay or lesbian couples.

What are the conclusions Sullins presented in his study?

Joint biological parentage, the modal condition for opposite sex parents but notpossible for same-sex parents, sharply differentiates between the two parentgroups on child emotional problem outcomes. For child well-being the two groups differ by definition. Intact opposite sex marriage ensures children of the persistent presence of their joint biological parents; same sex marriage ensures the opposite. Further work is needed to determine the mechanisms involved.

Sullins’s final suggestions are that more extensive research is warranted, to address outstanding issues. What about studies on girls with no father, or boys with no mother? Does same-sex parentage affect small children differently to adolescents? How do adopted children and those conceived by assisted fertilisation or surrogacy do in comparison? Only it is known the strong neccesity of these persons to find their biological progenitor. These are obvious questions that must be answered .

More about the rights of children conceived by the same means, see HERE