Skip to content
Home/Bioethics, BIOETHICS NEWS, Medical Deontology, NEWS and VIEWS/Universal priciple, that all lifes are equal, should be apllied in all medical situations?

Universal priciple, that all lifes are equal, should be apllied in all medical situations?

When it comes to saving lives, for instance when allocating organs for transplants, age plays an important role, in part because help is often a limited resource

In 1956, economists Christopher Cundell and Carlos McCartney developed the QALY standard, which stands for Quality-Adjusted Life. This measure identifies the number of years of life left for a given person, and adjusts them as a function of whether their future quality of life will be good or poor. This measure has been gaining greater acceptance in the analysis of the costs and benefits of certain medical procedures. In theory, this method would help doctors and other healthcare workers decide the order of priority for attending to victims in an emergency situation and even how to allocate financial resources to this care. If the QALY standard is applied, from a purely rational standpo 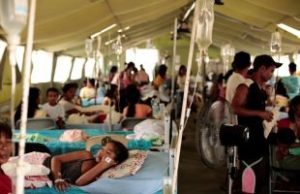 int, this would mean saving or allocating resources to young disabled patients rather than elderly patients. Yet this logic can become muddied. In his article for the New Yorker (see HERE), Matthew Hutson discusses a study conducted by Justin Landy of the University of Pennsylvania, published in the Journal of Experimental Psychology (6 May 2013) which looked at how patients’ age is given a relative value, despite the universal principle held by most that all human lives are equal.

In this experiment, different scenarios were presented to volunteers who had to choose the patient they would save. It was observed that most were reluctant to make a choice between the death of an elderly or young patient. Yet in certain healthcare situations, certain paradoxes are seen: in an accident where an emergency worker finds two children – an infant of three months and her ten-year-old sister – who both need CPR and only one could be saved, the QALY standard would choose the infant. Yet the participants in this study prioritized the 10-year-old. “When it comes to avoiding harm, we try to treat everyone equally, but when it comes to saving lives, for instance when allocating organs for transplants, age plays an important role, in part because help is often a limited resource,” says Landy. That children and adolescents are given a higher value obeys utilitarian concerns about their life potential.

These dilemmas, which in general are more philosophical than real, could be put forward not only with infants and adolescents, or between a young and elderly patient, but also between a famous person or a politician and an ordinary citizen, a person with Down syndrome and another without, or between a millionaire and a vagabond. While our basic sense of morality treats them all as equals, in practical moral terms, i.e. those which are more utilitarian, the colder QALY method would emphasize the differences (José Ramón Zarate).