Abortion pills at home: the new sinister face of the global abortion business

Dutch website “Women on web” is offering to deliver abortion drugs based on mifepristone (RU-486) and misoprostol for use at home, through a simple request on their website (there are lots of sites like this, after which they ask for “a donation of at least 90, 80 or 70 euro”. The website literally states that “a medical abortion can be done safely at home as long as you have good information and have access to emergency medical care in the rare case that there are complications”. Both drugs legally require a medical prescription, so their sale on the internet is illegal.

A woman who feels tempted to make an “abortion” request on this site should know that the side effects of RU-486 are common and objective (see HERE), particularly vaginal bleeding, abdominal pain, nausea, vomiting and fatigue [2]. In some cases, the intensity of the vaginal bleeding requires a blood transfusion  [3], [4]. A total of 607 adverse events were reported between September 2000 and September 2004 : 237 hemorrhages, which included 1 fatal, 42 life-threatening, 168 serious, and 68 requiring blood transfusions; 66 infections, which included 7 cases of septic shock, 3 of which were fatal while 4 were life-threatening; 513 patients required a subsequent secondary surgical intervention, 235 urgent and 278 non-urgent. The need to have a surgical abortion after failure of the chemical abortion can be considered a side effect, and occurs in between 1% and 10% of cases. This second surgical intervention can increase the risk of permanent sterility http://journals.sagepub.com/doi/pdf/10.1345/aph.1G481a.

Side effects of the pill

In regard to misoprostol, the most common side effects are nausea, vomiting, diarrhea, dizziness, headache, shivers and fever [5]. Mifepristone-induced abortion is associated with higher bleeding rates, nausea, vomiting and abdominal pain than surgical abortion; it also has teratogenic effects should the pregnancy continue, and requires more hospital visits. There are also 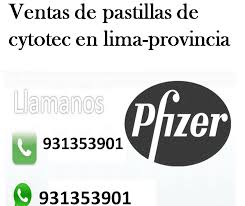 Cytotec is a commercial name of  Misoprostol

contraindications for the administration of mifepristone, as listed in the drug Summary of Product Characteristics https://www.medicines.org.uk/emc/medicine/617. Absolute contraindications include: known ectopic pregnancy, allergic reactions to these drugs, hereditary porphyria, adrenal insufficiency and more than 63 days of amenorrhea. Relative contraindications are: women on corticosteroid treatment, severe anemia, known or risk factors for heart disease, and asthma [6].

Presenting this abortion treatment as safe, selling it over the internet and not requiring pharmaceutical control in its dispensation and medical supervision in its administration is an attack on women’s health. Furthermore, it is supplying misleading information and turns the tragedy of the woman who aborts and the fetus who dies into another frivolity, which they try to equate with any on-line purchase, as if it were not putting the life of human beings at risk.