Men and women are not just a social construction as gender ideology claims. This work provides evidence of the sexual differential transcriptome and its importance for physiology and the whole human body.

Shmuel Pietrokovski and Moran Gershoni, both researchers in the Molecular Genetics Department at the Weizmann Institute of Sciences, have revealed that close to 6,500 protein-coding human genes react differently in males and females (BMC, 6 – 1 – 2017, see HERE). 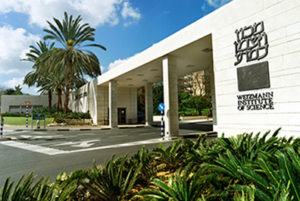 This finding is contrary to gender ideology, which considers that the difference between men and women is a social and/or cultural fact, i.e., a construct, rather than something biological or natural (see HERE). In a recent article, the scientists said that, in order identify the thousands of genes, they turned to the GTex project, a very large study of human gene expression in which numerous organs and tissues of the body had been examined in more than 550550 adult donors

According to the authors, “that project enabled, for the first time, the comprehensive mapping of the human sex-differential genetic architecture”.

The researchers examined close to 20,000 protein-coding genes, classifying them by sex and searching for differences in expression in each tissue.

The eventually identified “around 6,500 genes with activity that was biased toward one sex or the other in at least one tissue”.

In the same manner, many genes that are associated with sexually dimorphic traits might undergo differential selection, which will likely impact reproduction, evolution, and even speciation events. Human sexual dimorphism has been demonstrated for diverse traits, such as brain anatomy and development (Human sexual dimorphism), behavior, mortality, longevity and morbidity, and distribution and metabolism of fat biogenesis. Physical performance capabilities and pain response have also been show

n to differ between men and women (see HERE).

“For example, they found genes that were highly expressed in the skin of men relative to that in women’s skin, and they realized that these were related to the growth of body hair. Gene expression for muscle building was higher in men; that for fat storage was higher in women”.

The detailed map of these genes provides evidence that males and females undergo a sort of “separate, but interconnected, evolution”.

Several years ago, the authors of the article asked why the prevalence of some human diseases is common.

In this respect, they found that mutations that impair fertility are relatively widespread, where “about 15% of couples trying to conceive are defined as infertile”. For these, “common sense says that these mutations, which directly affect the survival of the species by reducing the number of offspring, should have been quickly weeded out by natural selection”.

In their study, they showed that mutations in genes specific to sperm formation persist precisely “because the genes are expressed only in men”.

Aside from the sexual organs, the researchers discovered quite a few sex-linked genes in the mammary glands, “not so surprising, except that about half of these genes were expressed in men. 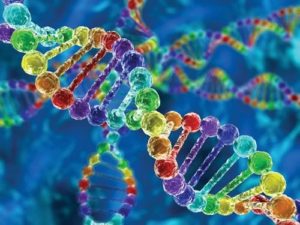 Because men have fully fitted but basically nonfunctional mammary equipment, the scientists made an educated guess that some of these genes might suppress lactation”.

Another gene that was mainly expressed in women was active in the brain, and “though its exact function is unknown”, it is thought that “it may protect the neurons from Parkinson’s – a disease that has higher prevalence and earlier onset in men”.

The authors also indentified gene expression in the liver in women that regulates drug metabolism, “providing molecular evidence for the known difference in drug processing between women and men”.

Finally, the authors say that this study also “emphasizes the need for a better understanding of the differences between men and women in the genes that cause disease or respond to treatments”.