Of these, 59,531 assays a single analyte. 8,535 are panels that assay multiple genes or analytes for a common indication, and each panel is sold as a single orderable unit with its own test code in a laboratory’s catalog.

Explaining, in few words, what is a Genetic test. The term “genetic testing” covers an array of techniques including analysis of human DNA, RNA, or protein. Genetic tests are used,

1. As a health care tool to detect gene variants associated with a specific disease or condition, as well as for

2. non-clinical uses such as paternity testing and forensics. 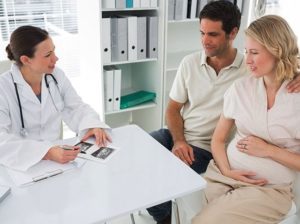 3. They are also performed to screen newborns, fetuses, or embryos used in in vitro fertilization for genetic defects. Our Observatory has warned of the risks of these tests for the unborn child (see HERE).

Genetic selection of embryos: a technique that is clearly eugenic

In the clinical setting, genetic tests can be performed to determine the genetic cause of a disease, confirm a suspected diagnosis, predict future illness, detect when an individual might pass a genetic mutation to his or her children, and predict response to therapy.  (see NIH HERE).

The first genetic tests were for the detection of chromosomal abnormalities (see karyotype) and mutations in single genes causing rare, inherited disorders like cystic fibrosis.  In recent years, however, the variety of tests has greatly expanded.  There are now tests involving complex analyses of a number of genes to, for example, identify one’s risk for chronic diseases such as heart disease and cancer, or to quantify a patient’s risk of cancer reoccurrence. There are also many tests to predict the effectiveness of therapeutics and guide their administration.  Furthermore, NHGRI is pursuing research to enable the clinical use of multi-gene panels, whole exome sequencing (analysis of all a patient’s genes), and whole genome sequencing (analysis of a patient’s entire genetic code), to detect, for instance, the cause of an undiagnosed disease or a cancerous tumor.

Genetic test current state. A big developing business, Concert Genetics (technology company dedicated to enhancing the transparency and efficiency of genetic testing for clinicians, hospitals, laboratories and health insurers) has collected information on 69,104 Genetic Testing Units (GTUs) that are active and available for ordering as of March 2017.

The results are often difficult to understand for the patients so medical help is needed, for which, a new medical specialty has emerged called genetic counselor, doctor, or other health care professional trained in genetics can help an individual or family understand their test results. Such counseling may include discussing recommendations for preventive care and screening with the patient, referring the patient to support groups and other information resources, and providing emotional support to the person receiving the results (see HERE). 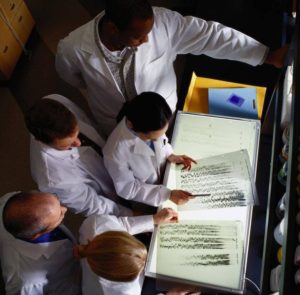 According to a report by the Presidential Commission for the Study of Bioethical Issues in the United States, companies, clinicians, and researchers must inform consumers, patients and study participants of incidental findings in relation to genetic tests and research trials that could affect their health. This report has been released by the Commission itself. Earlier the American College of Medical Genetics and Genomics (ACMG) had made recommendations on the advisability of alerting patients about 57 genetic diseases that could be accidentally discovered after performing individual genome sequencing.

The Presidential Commission has indicated that the patient has the right to decide whether he or she wishes to know the result of that test. According to Commission member Stephen Hauser, incidental findings and the resulting problems are increasing in magnitude. People who undergo genetic test using whole-genome sequencing should be warned that “Each of us has scores of deleterious mutations in our genes and these will be picked up every time a whole-genome sequence is obtained”. Clinicians and researchers must anticipate that there could be incidental findings in the tests and inform the patients and persons involved before the tests are carried out.

The Commission also advocates shared decision-making. Another of the Commission’s recommendations is the creation of disease-risk lists, about which clinicians involved in genetic counselling should be informed; patients should also be advised of their occasional finding in a genetic test and their right to know or not (http://bioethics.gov/node/3183).