Skip to content
Home/Assisted reproduction and IVF, Marriage and Family, NEWS and VIEWS/Surrogacy opposed by leading English feminist. In Asia to find poor women who allowed themselves to be inseminated to provide children

Surrogacy opposed by leading English feminist. In Asia to find poor women who allowed themselves to be inseminated to provide children

Julie Bindel is an English lesbian feminist born in 1962, who British newspaper the “Independent” included on its 2010 list of the 101 most influential gay and lesbian people in Great Britain. Although she has not been an activist for same-sex marriage (because she believes that the State should not regulate these marriages), she says that she is indignant that some women are considered worthless or inferior. It is therefore clear to her that the surrogacy industry damages women and children, and she says that it should not be legalized in any country. 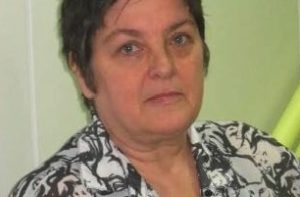 She also warns that it can never be justified under the cover of “altruistic” cases, which are a mere trick to legitimize a million dollar business. She had been in India (see her statment *) and Cambodia visiting India’s surrogacy clinics to find out about the situation of poor women who allowed themselves to be inseminated and impregnated to provide children to “rich white Westerners”. She is now collaborating with the international platform “Stop Surrogacy Now” (surrogacy international campaign to avoid it), and together with other activists has visited Spain to ask that the country maintain its laws that do not recognize any type of gestational surrogacy (See HERE ).