Cryopreservated embryos is continuously increasing. Millions of frozen embryos only in the United States banks

Millions of frozen embryos only in the United States banks

Numerous medical and ethical issues arise regarding the subject of freezing of embryos leftover after a cycle of in vitro fertilisation. There are three issues which deserve our attention: 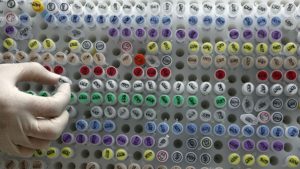 1. Regarding the number of frozen embryos in existence today and how long these embryos will be useful for biomedical experimentation. Since in vitro procedures produce more embryos than are needed for implantation, resulting leftover embryos are generally frozen. Indeed, 99% of IVF clinics in the United States (n= 443) offer cryopreservation services to their patients.

2. An average of seven cryopreserved embryos remain after in vitro fertilization has taken place and these can be cryopreserved and available to the family for five years.

3. Nevertheless, one-third of the families decide to keep them in storage indefinitely, which means that the number of cryopreserved embryos is continuously increasing.

As regards the end use of these embryos, a recent study concluded that the vast majority of people or relatives (n=1020) prefer to donate them to biomedical research.

In summary, despite the previously cited figure of 400,000 cryopreserved embryos existing in the United States, the article estimates that today, the actual figure surpasses one million and may even be close to a million and a half frozen embryos.

As far as the second issue regarding the length of time said embryos can remain in storage using cryopreservation and still be useful for biomedical research, a related article (Pruksananonda K et al.  BioResearch Open Access 1, 166-173, 2012) concludes that said embryos can be frozen for 18 years and still be used as biological material for experimental work.

Cryopreservation has a difficulty, namely the damage inflicted on the embryo, which will be subjected to various freezing/thawing processes, resulting in many of them having to be discarded in the process.

If we recognise, as science very clearly confirms, that each of these embryos is an individual of the human species, it seems that treating these embryos as simple cell clusters that can be tested, selected and discarded, is an attack on their dignity, against which the voices of well-founded ethics should be raised up, the ethics that respects life and seeks its good (see Freezing embryos and FIV: an ethical approach).