At the beginning of 2016, the United Kingdom Human Fertilisation and Embryology Authority (HFEA) announced that it had approved a request from the Francis Crick Institute to use the new genome-editing techniques in human embryos for the first time in the country. The aim was to deepen our understanding of the factors that affect embryonic development, in order to improve the efficacy of assisted reproduction treatments. Now, the prestigious journal Nature (see HERE) has published the first results of this research. 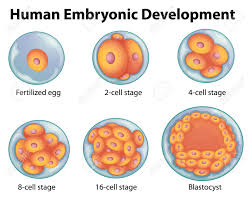 The investigators used the CRISPR-Cas9 genome editing tool to study the function of transcription factor OCT4 during human embryonic development. Using CRISPR, they blocked the action of the POU5F1 gene, which encodes the OCT4 protein, preventing its production. Thus, they determined that, in the absence of OCT4, the expression of other genes involved in the development of the fetus and the placenta was affected, interrupting embryonic development. Curiously, when the same genetic modification was made in mice, the embryos thrived until more advanced stages, but eventually also stopped later on.
In their study, the team used 54 human embryos left over from in vitro fertilization treatments.

From an ethical point of view, these experiments are completely unacceptable (see the anthropological status of the human embryo HERE), as they violate the dignity of human embryos by terminating their life.