Skip to content
Home/Abortion, Human embryos, NEWS, Uncategorized/Norway permitted to terminate one of the foetuses in the case of a twin pregnancy – Medical and ethical approach

Last year, the Norwegian Health Minister announced the news, published in a local newspaper, that it is now permitted in Norway to terminate one of the foetuses in the case of a twin pregnancy, using a technique known as “foetal reduction“, news that these days is again having a notable impact on social networks. The content of that announcement surprised us greatly because, from our point of view, it has clear negative medical, bioethical and human connotations. 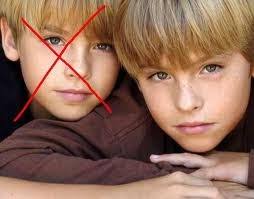 For many people, including healthcare professionals, it is acceptable — although we in no way share this sentiment — to terminate the life of a foetus when it is a carrier of a physical or mental abnormality, and also in pregnancies with a high number of foetuses, which may entail a certain level of medical risk for both the mother and foetuses.

Nevertheless, up to now — at least as far as we are aware — it has not been legally proposed to terminate the life of a healthy unborn child carried in a twin pregnancy, because these types of pregnancies do not involve any major risk for the health of either the mother or her future children. Indeed, we need only consider the number of twins born through in vitro fertilisation.

We believe that terminating the life of a healthy foetus simply because it is the parents’ wish, with no other serious reason to do so, is not ethically acceptable in any way. In addition to that, we wonder what will the surviving child think, when, as an adult, he asks why his parents eliminated his twin, for no other reason than their own convenience? Or will he be able to look fondly at his parents, knowing that basically, he is alive by random chance, while his twin, because of his parents’ wishes, is dead?