The fact that oral contraceptives have negative medical effects is widely documented, especially as regards the production of thrombi (or blood clots), in both the venous and arterial systems (see HERE). Nevertheless, not all contraceptives have a similar effect, so it is certainly interesting to evaluate which of them presents these negative side effects to a larger extent. 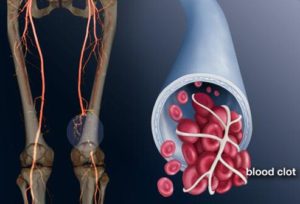 Knowing the epidemiology of these side effects is important because currently, around 100 million women use contraceptives worldwide(see HERE latest official reports).

In a recently published article in the British Medical Journal, (10 May 2016), Weill and colleagues studied eight different oral contraceptives, based on medical records collected from French national health insurance data for the years 2010 to 2012. They evaluated the possible thromboembolic effects caused by each of them, referring particularly to their estrogen and progestogen dose, and, as side effects, the risk of pulmonary embolism, ischemic stroke and myocardial infarction. 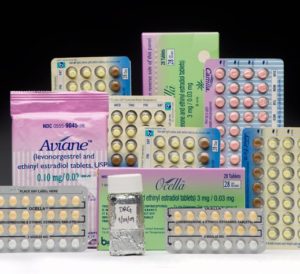 The study confirmed that the contraceptives with least negative side effects are those containing progestogens only or progestogens with low estradiol doses. Of the combined contraceptives, after adjustment for estrogen dose and risk factors, the two that resulted in a higher risk of thromboembolic events were desogestrel and gestodene, which caused 2.16 and 1.63 more thromboembolic events, respectively, than those containing progestogens only (levonorgestrel).

In conclusion, it can be stated that, according to the study by Weill et al., of those combined contraceptives that contain the same dose of estrogen, desogestrel and gestodene were associated with a higher risk of pulmonary embolism, but not arterial thromboembolism, compared with levonorgestrel. The research also concluded that, for those contraceptives with the same type of progestogen, those containing 20 micrograms of estrogens show fewer risks of pulmonary embolism, ischemic stroke or myocardial infarction than those containing 30 or 40 micrograms.

Certainly, the prevalence of thromboembolic events in women taking combined estrogen and progestogen contraceptives is very small: between 29 and 151151 per 100 000 women years (seeHERE ). Nevertheless, the implications for public health derived from the use of contraceptives are important, given that 10 million women use these drugs every day.

From a bioethical point of view, we consider these findings to be important, because we believe that it is a medical obligation to properly inform contraceptive users of the possible medical risks of the different drugs, so that, well informed, they can take an autonomous decision about which one is best for them. An American Journal of Obstetrics and Gynecology study shows that evaluated the aspects that women mainly consider when choosing their contraceptive found firstly effectiveness (44%) and safety (38%), but in third place they included negative side effects, so it seems certain that being well aware of these is important for the choice of drug.

Based on this study, it can also be concluded that contraceptives that contain levonorgestrel should be the first option to use when prescribed to regulate fertility. If combined progestogens and estrogens are used, it is advisable to choose those that contain the lowest dose of the latter, to minimize the risks of thromboembolic events.