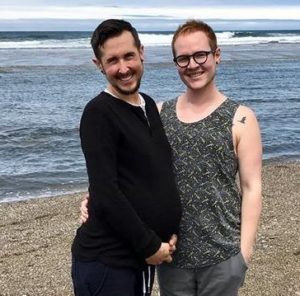 that male transsexual to become pregnant after using assisted reproduction procedures. This was the case of Tracy Beatie who, after being born female, adopted the male gender after the necessary therapeutic regimens, taking the name Thomas Beatie in this new situation. Sometime later, in 2008, so-called Thomas became pregnant and gave birth to a child.

In connection with these events, the UN Human Rights Commission has agreed to consider Denmark’s proposal that hereinafter, the term “pregnant woman” (maternal health?) should not be used so as not to discriminate against possible pregnant men, since failure to do so could be considered homophobic. It appears that the new term would be pregnant people (see HERE).

We consider this proposal absurd and lacking any scientific or anthropological foundation because unquestionably the person who became pregnant is the biological woman, now a male transsexual called Thomas.