Gene therapies are surely the most complex drugs in history. After a traditional trial-and-error phase, they now face a more promising chapter that is not without risks. 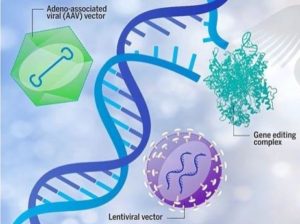 Forty-five years ago in Science, Theodore Friedmann of the University of California, San Diego prophetically described the potential and challenges of gene therapy in the treatment of hereditary monogenic disorders. The hypothesis was raised at that time that, unlike classical medicines, the introduction of the correct gene would enable the sustained production of endogenous proteins. Genetic breakthroughs and the development of gene delivery vectors such as replication-defective retroviruses and adeno-associated viruses (AAV), together with promising results in preclinical models, led to several trials at the beginning of the 1990s. Unfortunately, those initial studies exposed serious toxicities, such as inflammatory responses and malignant tumours caused by the activation of proto-oncogenes when those vectors were inserted. A second wave of gene transfer trials at the end of the 1990s and early 2000s raised new hopes, but immediately encountered genotoxicity, immune destruction of genetically-modified cells and vector-related immune reactions. These setbacks fostered more intense research in virology, immunology, cell biology and model development. Improvements in gene safety, efficacy and delivery in the last decade have resulted in substantial clinical progress, and to the first approved medicines: chimeric antigen receptor T cells (T-CARs) for B-cell malignancies and AAV vectors for congenital blindness. 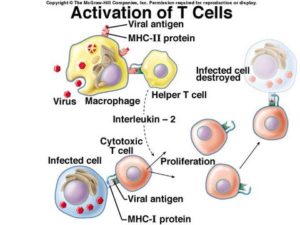 According to a review published in Science on 12 January, headed by Cynthia E. Dunbar of the National Heart, Lung and Blood Institute in the United States, retroviral vectors were the first tool for transferring genes in T cells. Today, lentiviral vectors — more successful — are the choice for most haematopoietic stem cell applications in immunodeficiencies, haemoglobinopathies and metabolic disorders, although the gammaretroviral vectors retain certain applications. AAV vectors cannot package a lot of DNA, but they are more stable and flexible; they are being used to transport factor IX in haemophilia B and, not so long ago, for factor VIII in haemophilia A, as well as for hereditary blindness caused by mutations in the RPE65 gene. There are also trials for other hereditary forms of blindness such as achromatopsia, choroideremia, Leber optical neuropathy, and X-linked retinoschisis and retinosis pigmentaria. AAVs have also been trialled in Parkinson’s (the enzyme that converts L-dopa into dopamine, which modulates production of the neurotransmitter GABA and the neurotrophic factor neurturin) and in spinal muscular atrophy using nusinersen, an antisense oligonucleotide against the SMN1 gene mutation.

Early genome editing studies were based on zinc finger nucleases. The demonstration in 2009 that the DNA binding domain of bacterial proteins, known as a transcription activator-like effector (TALE), could be easily altered opened the door to the TALE nucleases (TALENs), which cleave any sequence. However, the TALEN approaches require the design of a specific nuclease pair for each new DNA target.

The panorama changed in 2012 with the discovery by Jennifer Doudna and Emmanuelle Charpentier, preceded by Spaniard Francisco Martínez Mojica, of the bacterial defence system composed of clustered regularly interspaced short palindromic repeats (CRISPR) that cleave the DNA with great ease. CRISPR-Cas9 technology has spread quickly in basic research.

Genome editing approaches offer a precise scalpel to correct or alter the genome and can overcome many drawbacks of strategies based on viral vector-mediated semi-random gene insertion, such as genotoxicity, elimination of tumour suppressor genes or unexpected disruptions. The FDA has already approved three clinical trials using the zinc finger technique for gene insertion into the albumin locus of hepatocytes, for factor IX in haemophilia B and for defective genes in mucopolysaccharidoses I and II. Moreover, at least nine trials with CRISPR-Cas have been approved in China, mainly to eliminate PD1 expression in tumour-directed T cells.

Ultimately, governments, scientists, doctors and gene therapy companies will have to work together to design new funding models that facilitate these costly, but potentially curative, therapies.

Another novel tool is T cells designed to express specific chimeric antigen receptors. The CD19 antigen is currently the most common target of the T-CARs. Sustained responses have been obtained in patients with diffuse B-cell lymphoma, chronic lymphocytic leukaemia and acute lymphoblastic leukaemia, although severe systemic toxicity has been observed in some cases. Even so, extending CAR therapy to malignant myeloid neoplasms and solid tumours is currently being evaluated. These latter techniques are untamed compared to gene addition therapies, which have not yet been mastered either.

The growing convergence of the biotechnology and pharmaceutical sectors in this field is a sign of its greater maturity. Nevertheless, many challenges remain to prevent genotoxicity and the immune response, improve transfer and to overcome production and regulation obstacles. A social consensus must also be reached regarding the ethics of germline genome editing, a problem already more real than hypothetical. In 2015, Chinese scientists published the results of experiments with CRISPR-Cas9 to try to modify the haemoglobin gene in non-viable human embryos; they observed low efficacy and frequent off-target mutations. In the United States, there is no federal funding for research on the germline, and there are similar restrictions in many countries.

Ultimately, governments, scientists, doctors and gene therapy companies will have to work together to design new funding models that facilitate these costly, but potentially curative, therapies. The 850,000 dollars that it costs for treatment for the hereditary blindness caused by mutations in the RPE65 gene (Luxturna, by Spark Therapeutics, scheduled for next March), like the 475,000 dollars for T-CAR therapy by Novartis for an aggressive form of childhood acute lymphoblastic leukaemia, have inflamed the debate about the abusive prices of these innovations, even if partly tempered by expressions such as “if it doesn’t work, you don’t pay”.