The new conflict between NHS hospital decision supported by English Supreme Court and parents claims has arisen a new strong public opinion reaction and an international debate. Alfie was born on May 9, 2016, but suffered seizures and was taken to hospital in December that year. The child suffers a rare brain disease that the hospital couldn’t identify.

The autonomy of the patient or his parents must prevail when it does not coincide with the changing criteria of the State.

Alder Hey an NHS hospital for children has argued that Alfie, who has a degenerative neurological condition that is affecting his brain, cannot survive unaided and it was in his best interests to withdraw treatment what they did without parents consent (see HERE).

Alfie continues to live after life-support was withdrawn 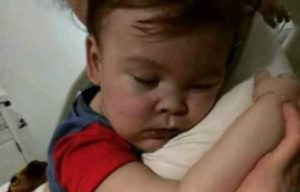 But, the 23-month-old confounded NHS doctors’ expectations when Alfie continued to live after life-support was withdrawn on Monday night, his father, Tom Evans, said.

The next steps followed by Alfie’s parents were after Pope Francis, who met with Evans last week, said that Alfie’s parents should be allowed to “look for new ways to treat,”and Alfie received the Italian citizenship to help him receive attention in Rome.

He will not be allowed to go to Italy 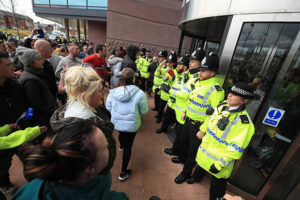 judge ruled Alfie may be allowed home from Alder Hey Children’s Hospital, but he will not be allowed to go to Italy for further treatment which he considered futile.

Neither the public nor the networks have accepted that parents are not allowed a second consultation and an eventual treatment. The case worsened since Alfie showed clear signs of autonomy and vitality showing the wrong judicial statement induced by NHS Alder Hey Children’s Hospital’s doctors. 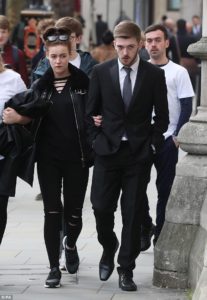 This worldwide scandal has had, so we know, two sound antecedents: the case of Ashya King and more recently that of Charlie Gard, in these cases our Observatory declared its bioethical judgment defending the right of parents to decide ultimately (see our two statement HERE).

We reiterate our position and we stand in solidarity with Alfie’s daring parents. From an ethical point of view, patient autonomy should of course always be respected, but it is a fact that the patient or his parents, in this case, does not always know what is the best treatment for him or her. In this respect, we believe that the most important, and therefore critical factor, is that the medical staff have sufficient ability and knowledge to convince the patient of the advantages of the treatment that he or she requires, to thus be able to apply it. However, if they cannot come to a mutual agreement, we believe that the patient’s autonomy should prevail.