Skip to content
Home/Genetics and Genomics, NEWS, Videos/Criminals could alter their DNA to evade justice with new genetic editing kit

The kit could be bought by Internet for 150 Euros

Criminals using a kit available from chemists can manipulate their own DNA to avoid detection on police databases, leading experts have warned. 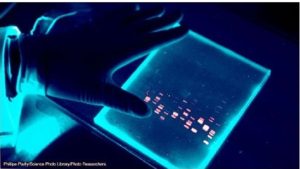 The revolutionary kits are being developed to help fight hereditary diseases (examples, cell anaemia, cystic fibrosis and muscular dystrophy) but Professor George Church, of Harvard University, who pioneered the use of the CRISPR technique, said it could also be used by criminals to disappear from forensic databases or evade detection. (Daily Mail, May 6, 2018)

Dr Alexander Gray, of the Leverhulme Research Centre at the University of Dundee, said that genetic editing in the livers of mice had shown the new DNA eventually takes over, replacing the genetic code.

But in his opinion, it would be harder for humans. ‘If you were in the forensic database and you changed your DNA it would be possible to avoid detection, but I think it would be extremely difficult to achieve it,’ he said.

See more here: “What Happens When Anyone Can Edit Genes at Home?”, Keen on Domain Names