The organ donation, “A free act that should be a voluntary gift” is defended

Based on an urgent necessity of organs, presumed consent of donors law is presented as a possible solution. But In France where this law has been regulating organ donation for decades, now is criticised by a renowned philosopher who affirms that law should respect the concept of organ donor’s “gift of self so particular” and consider this law ineffective.

It is known that heart, lungs, intestine, liver, pancreas, cornea … At our death, and as long as they are suitable, many of our organs can still “troubleshoot” and repair another body. If this “transmission of something of oneself after death, in solidarity with others”, poses, on the principle, “hard problem” to Sylviane Agacinski, the philosopher contests, on the other hand, the way the law organized the consent to this gift.

The author concludes, the “system of automatic harvesting” is comparable to a forced “civil service post-mortem”.

“The imperative of efficiency is daunting if, in the name of the nobility of ends, it leads to dispense with judging means,” she wrote in The Third Estate of bioethics promoted by Macron, a book – titled “The concept of presumed consent is a paradox” that explores the many ethical and moral issues of Cavaillet law, which has been regulating organ donation in France for forty years, provides that anyone who has not explicitly opposed donations of organs during his lifetime consents to it. The donor is, therefore, a “non-refusing”, explains the philosopher, for whom this “system of automatic harvesting” is comparable to a forced “civil service post-mortem”.

The author continues, “By erasing the voluntary dimension of the gift, the law loses its meaning” and asks: “Why, tomorrow, could not we, for example, decree that it is possible to use the body of all the dead for research? ”

“The notion of presumed consent is, therefore, a paradox, or even a ploy intended to imply that, for the post-mortem gift, a special form of consent applies, whereas it is a question of giving up the consent of the deceased”. (By François Béguin, Le Monde, 06 21, 2018). 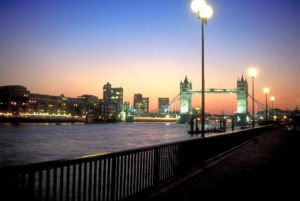 In the same sense, a bill of organ donor presumed consent -opt-out- is ethically questioned in the United Kingdom.

“Medical ethics experts have called for caution as a proposed change to organ donation laws in England, which would make everyone a donor unless the explicitly register objection, made the first step to becoming law.” (Independent, 1 23, 2018)

At the 2017 Conservative Party Conference, Theresa May announced the bid to “save thousands of lives” by increasing the number of donors and removing the need for donor cards.

The bill debated claims the change to a “presumed consent” system would save 500 lives a year; however, experts from the Nuffield Council on Bioethics (NCB) warned that the claim is not backed by evidence and risks undermining public trust (read entire article).

Data from Wales, which introduced presumed consent in 2015, shows it has not increased organ donations so far and organ transplants dipped – from 214 to 187 – between 2015-16 and 2016-17. The NCB says, on its own, the scheme might make people more reluctant to donate.

We support Sylviane Agacinski pleads in France and Nuffield Council on Bioethics (NCB) in the UK on this relevant bioethics topic in the defence of patient dignity at end of life process. Explicit patient informed consent is the “conditio sine qua non”  for harvesting organs.”.

Read our report, Donor organ shortage. Supporting donation based on trust is an unavoidable social necessity