Skip to content
Home/BIOETHICS NEWS, Homosexuality, Marriage and Family, NEWS/Romania joins countries that do not consider gay couples as marriage

Romania joins countries that do not consider gay couples as marriage

Now Romania, along with Poland, Slovakia, Bulgaria, Lithuania and Latvia don’t recognize the same-sex union as a marriage 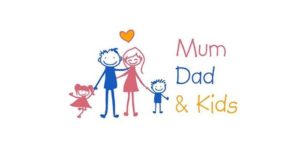 In this sense, Romanian Senators approved a measure to exclude gay couples of civil marriage. The vote comes after Parliament’s Chamber of Deputies last year overwhelmingly approved the same measure. Senators voted 107-13 with seven abstentions to also allow a referendum that could change the constitution, which currently states that marriage is a union between “spouses.”

Dragnea the leader of the ruling Social Democrat Party (PSD) said “As far as the LGBT community is concerned, the legal form that makes the civil partnership possible needs to be found. The situation of the single-parent family also needs to be clearly mentioned in the law. We need a serious discussion to cover all the areas. One does not exclude the other.”

From an ethical point of view, it is a sign of maturity and independence of Romanian public opinion that don’t accept external political pressures preserving their own way to conceive marriage and family.

Read our report on genetics and same sex attraction