CRISPR-mediated therapeutic editing corrects a genetic disease in mice’s fetuses. May it pave way in humans?

Researchers at the Children’s Hospital of Philadelphia Institute (CHOP) and the University of Pennsylvania have published the first proof-of-concept demonstrating the possibility of using CRISPR gene editing to cure diseases in utero (Nature Medicine). 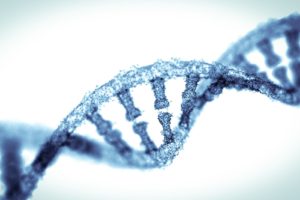 Using this strategy, they managed to correct tyrosinemia type I in mice; this is a fatal liver disease caused by a mutation in the Fah gene, which blocks the tyrosine catabolic pathway. The mice survived the neonatal stage in good health, conserving the gene editing that had been performed. Furthermore, no off-target undesired effects were observed.

Among the advantages of prenatal gene editing is that the fetus, since it is immunologically immature, tolerates the transgenic product much better, and does not present an immune response against the viral vector through which the CRISPR is delivered. Furthermore, the small size of the fetus means that higher levels of vectors can be given per fetal weight, and the cells of multiple organs are highly proliferative and accessible. Finally, in utero editing offers the possibility of targeting genes before disease onset, which is critical for diseases with high pre- or perinatal morbidity and mortality.

From an ethical point of view, these experiments could, in principle, be included within somatic gene editing, so they would not have the negative implications of germline gene editing, such as in vitro fertilization, manipulation and destruction of embryos, risk of mosaicism, or higher risks of genetic aberrations which, furthermore, would be transmissible from generation to generation. Therefore — and given the important medical applications of this strategy — we believe that its development is very positive. Nevertheless, further studies need to be conducted in animal models to improve safety before prenatal gene editing can be applied in humans and to safely rule out the transgenic contribution to the germline of the individual treated. The study authors also mention the need to test other vectors that are safer than viruses, such as lipid nanoparticles.

Why had gene editing before birth in China objective ethical problems HERE?

See below a video that explains how gene therapy offers the potential of prophylaxis against early, irreversible and lethal pathological change