Spain now has the third highest number of abortions in Europe, after France and the United Kingdom

After five consecutive years of a downturn in the number of abortions in Spain, 94,123 abortions were carried out in 2017, 992 more than the 93,131 performed in 2016. According to data made public this Thursday by the Spanish Ministry for Health, Consumer Affairs and Social Welfare, this corresponds to a 1% increase 2. In the last year, there were 10.51 abortions per thousand women, still far from the 12.47 per thousand women of 2011, when 118,611 abortions were recorded, the highest figure in the last ten years (read HERE). 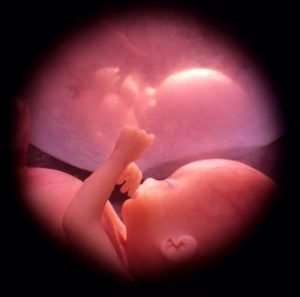 In 2017, at the woman’s request was again the main reason claimed to request abortion, with 89.75%, followed by serious risk for the life or health of the pregnant mother (6.38%), risk of severe abnormalities in the fetus (3.61%), and — very much in the minority — fetal abnormalities incompatible with life (0.30%).

The majority of the interventions were carried out at week 8 of pregnancy or earlier (70.22%). One in every four abortions (23.83%) was done between weeks 9 and 14 of pregnancy, while the rest were performed after week 15.

Pro-life associations consider it a contradiction that in these times in which society “defends the rights of women, it discriminates and excludes those women who want to be mothers, offering them abortion as the only solution to the difficulties arising from their pregnancy”.

In light of the findings presented, it is worth taking into account that, although the population is declining, in the various age groups — and even though the use of contraceptives has increased — the number of abortions not only has failed to decrease, but has increased, albeit slightly.

In our opinion, this clearly indicates that the practices proposed to reduce abortions are not effective, and that we need to dive deeper into the root of the problem, which is undoubtedly related with the sense of human sexuality, the dignity of women, their autonomy and the good of the unborn child, as well as the value that these new lives have in relation to the serious demographic problems that exist in our society.

See our special report Status of the human embryo and The iceberg of abortion! The hidden face of abortion is mainly a result of the use of drugs and intrauterine devices