Determining whether gamete donation, especially of semen, should be anonymous is an open bioethical debate that still remains unresolved (read HERE our report). Furthermore, from a social point of view, it is not a minor issue, given the number of assisted procreation processes that are carried out, and among these, those that require donor gametes. 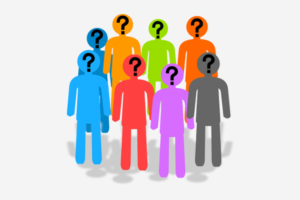 From a bioethical perspective, in our view, there are several questions that arise, namely:

a) whether the good of the child should remain in the overall assessment;

b) whether it is necessary to guarantee the privacy of the donor;

c) to safeguard the rights of the donor which want to be identified as the biological father/mother of the child;

d) to safeguard the interests of assisted reproduction clinics; and

e) even the good of society.

This is a topic of such social and ethical interest that the Spanish Bioethics Committee has opened a debate on the subject, and hopes to issue a report on the advisability or not of maintaining the anonymity of gamete donors as it appears in current legislation (see HERE).

First and foremost, we must consider the rights of the child to know who his or her biological parents

In the Committee’s opinion, first and foremost, we must consider the rights of the child to know who his or her biological parents are. The first major document that advocated this right was the “Rights of the Child”, adopted by the United Nations in 1989, which in article 7 states that one of the rights that is considered fundamentally important is that of the child to know the identity of his or her parents.

This debate has continued to the present day, and as stated in an article referring to this topic (read HERE), “in contemporary culture young people have strong moral claims to know their genetic identities”.

As well as the rights of the child, the importance of knowing the identity of the donor can be based on three additional reasons:

a) because new donations could be prevented if the child born from a specific donation suffers from a hereditary disease;

b) to also prevent marriage with a biological consanguineous relative; and

c) because knowing the donor’s identity could facilitate identification in any circumstance that might arise.

The right of the donor

It seems clear, however, that the donors also have rights (albeit possibly nuanced),  as the aforementioned right to guarantee their privacy but especially the unquestionable right of the donor to identify himself as a biological father/mother.

Thus, in the United Kingdom, where the donor must be identified, clinics have seen a significant drop in donor eggs and sperm, and as a result, “in Britain, Germany and Portugal, where donation is anonymous, the number of donors has fallen very significantly, to the point where sperm banks have been created to carry out assisted reproduction treatments because there is a lack of gamete availability” (read HERE).

Moreover, identifying the donor could significantly affect the economic returns of the assisted reproduction clinics, but as Soledad Valle asks (read HERE), is this an ethical, bioethical or legal argument that we must consider?

Finally, the good of society must also be considered. As noted by Fernando Abellán, legal advisor to the Spanish Fertility Society, “in a time like the present, in which the birth rate is at a historic low, the negative impact would be very notable (if forced to identify the donor), if we take into account that 8% of children are born using assisted human reproduction techniques (109,275 in Spain in 2014) and that egg donation accounts for a significant part of those births”.

Should legislation protect the interests of donor-conceived individuals or be centred in the privacy of the gamete donors?

In our opinion, however, it is the first two aspects considered —the right of the child to know the identity of his or her biological parent, and that of the donors (both egg and sperm donors) to their privacy — are those that should prevail in this debate.

Thus, one possible solution for the issue discussed here could be that proposed by Pennings (see HERE), with his “double track” policy, which would allow the donors to participate in an anonymous/non-anonymous program. Thus, couples who are going to use the gametes could choose one of the two options, because they would have access to one of the two possibilities, by being able to choose what type of donation they wish to use.

However, and also in our opinion, this proposal could safeguard the right of the donor to identify himself, the hypothetical rights of the assisted reproduction clinics, the couples who use these techniques. But does it guarantee the rights of the child if the parents choose the option of anonymous donor?

Fathered 200 children hoping that they would one day track one of them. Now he met a daughter