Is it a case or a trend? Are patients diagnosed with incurable mental disorder being left starving in some countries?

Noa Pothoven, a Dutch 17-year-old, was left to die of starvation on 2 June. The teenager had suffered post-traumatic stress, anorexia and depression for several years after being subjected to sexual abuse and rape between the ages of 11 and 14 years.
Noa wanted to end her life because she could no longer bear her suffering and requested euthanasia. Doctors refused her, inviting her first to follow “a medical and personal maturation journey”.

Euthanasia has been legal in the Netherlands since 2002 and can be requested by children over 12 with incurable diseases and unbearable suffering. Minors need the permission of their parents, but from age 16 they can decide for themselves, providing that they have medical authorization and assistance. In this case, it was denied, as it was considered that Noa did not meet the conditions required by law.

Euthanasia resistant-depression patients are being induced by activists

The Dutch Psychiatric Association published a protocol in 2018 to guide its members when a patient requests to die (assisted suicide or euthanasia.) “Since a mental disorder can affect the patient’s capacity to discriminate, it is difficult to know whether that desire is voluntary and considered. At least two experts must assess the situation, which is rare: of the 6,858 requests for euthanasia recorded in 2017, 83 had a psychiatric basis”, says the code of conduct.
Despite what has been published these days in some national and international media saying that Noa had been euthanized, Dutch Health Minister Hugo de Jorge says that “there was no euthanasia in this case”. The minister also assures that he has asked health and youth services inspectors to investigate the circumstances surrounding the death of the teenager.

The girl’s family, in a statement published in the Dutch newspaper “De Gelderlander”, said that “Noa chose not to eat or drink anymore” and that “that was the cause of her death”. Noa recently announced in a “sad last post” on Instagram that she had stopped eating and drinking for a while. She said that it was “a thoughtful and final decision”. 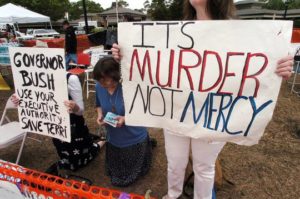 Could Noa’s death have been prevented?

The debate is now focused on why all the petitions to treat post-traumatic stress, anorexia and depression suffered by the young woman failed. Public opinion questions why relatives and doctors allowed a teenager to die in this way. Noa had a clinical nasogastric tube due to her refusal to eat. To “end her suffering” she decided to stop eating. In that case, her death was considered natural.

In relation to this topic, we believe it interesting to refer to the opinion of psychiatrist FG Miller, published in the Journal of Medical Ethics, who questions the professional integrity of physicians who treat patients diagnosed with treatment-resistant depression to justify euthanasia. This is ultimately the argument put forth on other occasions to apply a lethal injection to young people in similar circumstances to Noa (see HERE). Miller says that these patients can always be given new therapeutic interventions that may improve their quality of life and thus restore their will to live. Therefore, he concludes that, “it is not appropriate to include patients with ‘treatment-resistant’ depression within a legal option of physician-assisted death”.

It would be insensitive not to empathize with the suffering unveiled in this story. Nobody can ignore the difficulty of a life marked by sexual abuse, depression and anorexia. This case represents a world of pain against which many of us can do nothing other than suspending all judgment of the person and their family who supported them in their decision to die.
But with all the respect that this situation deserves, the problem starts when we try to amortize these types of isolated emotionally-charged episodes that are widely disseminated in the media for political ends that, ideally, seek to raise awareness and educate society. (See video).

In a society, allowing one of its members to bring about his death represents a progressive weakening of the inviolable nature of human life and of the rights that protect it. If in “some cases” one can dispose of one’s own life or that of another, it would be saying that human life can be devalued and lose its unconditional respect. Socially and legally, a paradigm shift would occur since, under certain conditions of suffering, it would be acceptable for life to be violated, and for its violability to constitute a right. But no life is unworthy and therefore violable because of the suffering it endures. Human life will always be a good, even if sick. What represents an evil is the resulting suffering that must be given meaning, minimized, eliminated, supporting the sufferer and those who accompany them to avoid reaching the sad situation of thinking that it is no longer worth living by adopting the worst decision.
Stunned by this tragedy, we maintain the view that there cannot be benign variants of euthanasia and assisted suicide. And however much we understand their suffering, the ethical assessment of these types of actions cannot be watered down under a patina of kindness, compassion and love. However hard it may seem, the pity induced by a situation of suffering can never justify intentionally ending a life. Because if it were so, where would we set the limit of suffering from which the request for euthanasia or suicide would be accepted? Would it be enough for someone to say that they no longer want to go on living because their life lacks meaning? Why would it be accepted in some cases and in others not? In the end, sooner or later, there would be no choice but to open the door to endless situations that would appeal for death, for example, suffering because of the death of a loved one, amputation of an arm or breast, a broken heart, bullying, loss of mobility, cancer, Alzheimer’s, disability and progressive mental disability, etc.

Moreover, legislating based on a tiny minority of dramatic cases is a poor way of legislating since, by doing so under that tragic and exceptional request for death, that exception would eventually become the rule, spreading the deceit that it would be normal to request euthanasia when faced with a diagnosis of incurable disease or mental suffering. In fact, due to the pedagogical nature of the laws, broad social sectors and physicians themselves would end up thinking—as has happened in the Netherlands and Belgium—that euthanasia is the only alternative available to patients who have reached that irreversible stage of the disease. In other words, social habituation and pro-euthanasia activism would end up convincing medical professionals and family members that ending the life of a sick person because of the pain it causes them or upon their request would represent an ethical alternative. Faced with one-off personal choices of euthanasia and suicide, however respectable and painful they may be, the State should not bring them into widespread use in a supposed right that obliges or pressures some—physicians and family members—to cause the direct death of others.

Palliative care, the other answer to human frailty and suffering

On the contrary, what the State should address and legislate is for a majority of sick people and their families who are vociferously demanding quality palliative care, which once offered, would probably counteract the few petitions for euthanasia that occur. Here there is indeed a duty of the State to universalize the right and access to this care, investing as much as needed to make it a reality. And these efforts can only be met through the commitment of the government and the collaboration of compassionate and supportive societies with the most vulnerable, which establish multidisciplinary teams of medical professionals, nurses, psychologists, social workers and spiritual assistants. At present, in all cases of suffering caused by physical and/or mental pain, palliative medicine has already demonstrated its efficacy to counter or at least reduce it. And palliative sedation, when medically indicated, can control intractable and refractory symptoms that are very often the cause of intense suffering.

There are other answers to the human frailty and suffering at the end of life or to an incurable disease that is more in keeping with what the dignity of patients and their families deserve, with our own self-portrayal as a progressive society committed to its weakest members. All these start with a much needed public investment in palliative care, more palliative care units and palliative care professionals.

Euthanasia debate. Absence of shared basic positions respect to the concept of the dignity of human life