New possibilities open up in the study of the fetal genome

In a recent Editorial in The Lancet, the author discusses an article published in the same journal (see HERE), which describes the study of the fetal genome after birth to detect if there are abnormalities that can predict the existence of health problems in the newborn and risks for future pregnancies. 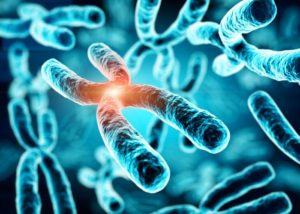 The study included fetuses that showed structural anomalies on prenatal examinations with routine ultrasound, and found that 8.5% of fetuses had genetic abnormalities.

The prenatal studies used combined ultrasound examinations in the first and second trimesters of pregnancy. These tests can be complemented by karyotyping by amniocentesis or chorionic villus sampling if chromosomal abnormalities such as Down’s, Edward’s or Patau’s syndrome are detected. There is also the developing field of fetal therapy, which can be used in some cases of fetal abnormalities.

The first fetal surgical intervention was performed at the University of California in San Francisco in 1981, in a fetus with urinary obstruction. Several techniques have been developed since then to treat a number of fetal structural abnormalities.

These types of interventions affect two patients—the mother and the fetus—and require extensive surgical experience and the participation of multidisciplinary surgical teams.

Now, a new possibility has been opened up with the prenatal study of the fetal genome, of that roughly 3% of pregnancies that show structural abnormalities detected by ultrasound; these may vary from a minor defect to major multisystem abnormalities that can even cause prenatal death of the fetus.

In the last 10 years, chromosomal microarray testing has been used to detect submicroscopic pathologies. The use of these techniques has increased the frequency of detection of fetal chromosomal anomalies by 3% to 5%.

Now these possibilities of study have been extended with whole-genome sequencing, which in the study discussed (see HERE) enabled genetic anomalies to be detected in up to 8.5% of 610 fetuses evaluated.

According to the authors of the aforementioned study, the technique used by them increased the identification of genetic anomalies in fetuses with structural abnormalities; however, before clinical application of this technique, “careful consideration should be given to case selection to maximize clinical usefulness”.

This new possible technique could have objective bioethical problems.

Read our article Ethical concerns in prenatal genetic tests. Could they be used for discriminate before birth?