Europe does not meet generational replacement levels, which is probably one of the most serious social problems in this part of the world. Never has it been more justified to assign Europe the classic name of “the Old Continent”.

It is often said that some countries has been plunged into a worrying demographic winter in Europe of unpredictable social consequences. But is this true or is it a catastrophic vision of depressed minds?

We now have information so that each person individually can draw their own conclusions, after Eurostat data were published last March by the statistical office of the European Union. That is to say, reliable data, conceivably unrelated to any ideological tendency. We shall reproduce some of some of these below.

In view of these figures, it should be remarked that, as a result, Europe does not attain the fertility rate needed for adequate generational replacement, which as we know, is established at 2.1 live births per woman. Thus, policies aimed at raising the birth rate must be promoted, not least of which is the positive regulation of immigration.

By country, the European country with the highest fertility rate is 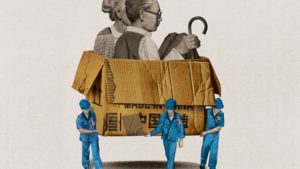 Considerations derived from these data

There are many considerations that may be derived from these data, but I shall refer to only some of them.

The increase in teenage pregnancies

Within this demographic universe, another concerning statistic is the increase in teenage pregnancies (under 20 years old). The top European spot for these types of pregnancies is held by Romania, where 13.9 % of babies were born to teenage mothers; these rates were 13.8 % for Bulgaria, 9.9% for Hungary, 9.5% for Slovakia, 6.7% for Latvia and 6.1% for the United Kingdom. At the lower end appear Sweden with 2.0%, Luxembourg with 1.9%, the Netherlands with 1.7%, Slovenia and Italy with 1.6%, and finally Denmark with 1.5%.

Children born to mothers aged 40 and over

Another detail to highlight is the percentage of children born in large families, i.e. with more than 3 children. In the European Union as a whole, 81.5% of births were first or second children, while 12.5% were of third children and only 6% were of fourth or subsequent children. Notably, this last figure was 10.3% in Finland, followed by Ireland with 9.0%, the United Kingdom with 8.8%, Slovakia with 8.1% and Belgium with 8.0%.

There is no doubt that there are many and very varied conclusions that can be drawn from analysis of these data, but certainly one of the most objective is that Europe is failing to meet generational replacement levels, which is probably one of the most serious social problems in this part of the world. Never has it been more justified to assign Europe the classic name of “the Old Continent”.