“Genetic changes should not be introduced in higher animals, as this raises bioethical uncertainties.”

Chinese scientists have recently produced transgenic monkeys by introducing a human brain gene into the animals during their embryonic development (producing human–animal hybrid). The research, published in National Science Review , (27 March 2019), concludes that the transgenic monkeys “exhibited better short-term memory and shorter reaction time compared with the wild-type controls”. As well as the cognitive improvements, slower brain development was also observed, as occurs in humans, although the brain size was not affected.

Scientists hope that by studying the few genetic differences between humans and some apes, such as chimpanzees, it could shed light on the evolutionary process that led us to acquire the intelligence that characterizes us. 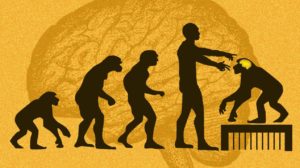 One of the approaches used to study these differences is to introduce the human gene MCPH1—which seems to be implicated in the evolution of our brain—into apes, to see what its effects are. After introducing the human gene, the scientists observed a cognitive improvement in the animals. However, the sample size was very small, as only 5 monkeys were included, which is a limitation for the robustness of the results. The researchers plan to replicate these experiments with new individuals and different genes.

Humanizing the animal brain could be a “slippery slope issue”

From a bioethical point of view, these experiments raise several questions with respect to human–animal hybrid advisability of humanizing the animal brain, especially when it comes to animals so genetically similar to us. “The use of transgenic monkeys to study human genes linked to brain evolution is a very risky road to take”, says James Sikela, a geneticist who conducts comparative primate studies at the University of Colorado, adding that this “is a classic slippery slope issue and one that we can expect to recur as this type of research is pursued” (see source HERE).

Nevertheless, Bing Su, lead author of the study, believes that introducing one or a few genes cannot turn monkeys into something they are not, that is, it will not mean a significant change.

Our opinion on human–animal chimera advisability

In the opinion of our Observatory, investigating the function of different genes through the production of human–animal hybrid monkeys does not seem to be the best option, as the use of these types of animals presents several limitations (high costs, small number of young and gestation time). To these we must add objections based on animal welfare, since monkeys are animals for which confinement in the laboratory and being subjected to various tests may be a greater drawback than for other animal models. In particular, however, we believe that the possibility of attributing characteristics of human identity to non-human animals is a major bioethical concern for this line of research, something that we have already raised in the bioethical debate on human–animal hybrid (see more HERE), since it could give rise to the production of creatures with an uncertain biological status. It is therefore our opinion that, at least for now, genetic changes should not be introduced in higher animals, as this raises bioethical uncertainties.