A review of the relationship between same sex attraction and genetics: new findings for an old dilemma

Much has been written about the factors that trigger same-sex attraction and homosexual behavior. The possible existence of genetic determinants that are detectable in individuals with homosexual orientation has been the subject of study on many occasions, for very different motives. These vary from explaining homosexuality as one more genetically programmed alternative to heterosexuality, to trying to understand how evolution could have conserved a genetic predisposition to homosexual conduct, given that it implies the inability to perpetuate the species and, therefore, would drive it to extinction, which is at direct odds with the universally accepted principles of evolution. (1)

The first difficulty encountered in these studies is the small sample size of the cohorts or groups of individuals included in the different papers. This means that the representativeness of their conclusions is very limited in many cases. A second difficulty lies in the poor knowledge of the relationship between genetics and behavior, that is, the establishment of proven relationships between certain genetic variants and their effect on certain behaviors. The third resides in the very definition of homosexuality or tendency towards homosexual relationships. Very different behaviours are sometimes included as such, ranging from those who only feel attraction to their same-sex to those who, though heterosexual, have experienced some relationship or sporadic attraction to persons of the same sex.

This seems to be one of the criticisms levelled at the latest study on the topic published in the journal Science last August. (2) Nevertheless, something makes this latest study to investigate whether there is a defined genetic basis that explains same-sex attraction and homosexual behaviour different: the sample used was composed of 493,001 participants from the United States, Great Britain and Sweden, making it the largest study was ever undertaken in this field. It should be clarified as a possible limitation of the study that any homosexual relationship in these individuals, regardless of its exclusivity, duration or frequency, was sufficient to be included in the study. 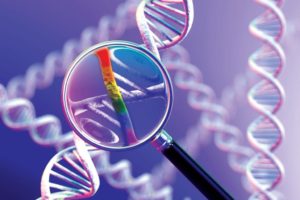 In a study published on our Observatory website, Nicolás Jouve, Dean Emeritus of Genetics at the University of Alcalá (read HERE), had already stated that “after more than 50 years of research and 15 years since the culmination of the Human Genome Project, the gay gene or a single gene related with homosexuality is still missing, despite the many studies conducted. Furthermore, sexual orientation is not a consistent or stable trait, which contradicts its possible genetic determinism”. (3)

In relation thereto, Jouve detailed in the report the difficulty of attributing the appearance of a certain conduct, such as homosexual behaviour, to a single gene, but rather to many minor genes o polygenes, related to quantitative trait loci (QTLs), which act by combining their effects for manifestation of the trait, usually dependent on environmental influences. Thus, a phenotypic variant, such as a certain behavior or attraction, depends not only on the genetic component, but also on the environmental one and on the interaction between both, known as epigenetics. Jouve continues by saying that the proportion attributable to genetics or to environmental stimuli — understanding as such all the factors that have surrounded the individual since the womb — in the emergence of a certain behavior or tendency, has been studied by analysing the consistency of the trait in monozygotic twins, raised in the same or different environment.

Numerous studies have been conducted with sets of identical (monozygotic) and non-identical (dizygotic) twins since the 1960s, with very inconsistent and even contradictory results. (4) The most recent one found concordance in sets of both male and female monozygotic twins, which could suggest the existence of a genetic component, albeit moderate, as it only appears in between 20% and 37% of cases. (5) The authors of this latter study, conducted in Sweden, say that, “although wide confidence intervals suggest cautious interpretation, the results are consistent with moderate, primarily genetic, familial effects, and moderate to large effects of the non-shared environment (social and biological) on sexual same-sex behavior”.

From these findings, it can, therefore, be concluded that, even though a genetic basis that may help to explain these consistencies between twins cannot be ruled out, the studies analyzed to conclude that this influence alone is too low to explain homosexual conduct and that environmental factors must make a significant contribution thereto. 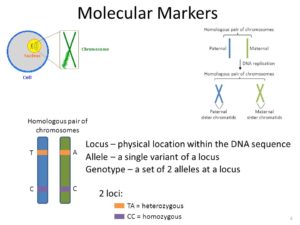 Another way of identifying if there is a basis in same sex attraction genetics is to directly compare the genome of homosexual and heterosexual individuals, in order to find molecular markers in the DNA sequences which, associated with a certain phenotype (preference and conduct in this case), and present in a significant number of individuals, could clearly establish the genetic origin of certain tendencies.

As in the previous case, the findings are disparate in the genetic studies performed. Although some studies have found a clear correlation between the presence of certain markers and the prevalence of homosexual behavior, (6) (7) others, in contrast, with a larger sample, subsequently concluded that such a relationship cannot be established, attributing the erroneous conclusions of the previous studies to the absence of a control group that would allow the results to be confirmed by comparing them with a reference population. (8)

Since we are talking about studies at the end of the last century, the limited possibilities of genetic studies considerably reduced the prospect of extending the research to other markers, so as to provide more comprehensive and meaningful results.

The possibility offered by more recent studies to study other types of markers, such as single-nucleotide polymorphisms (SNPs), opens the door to finding new clues about the possible genetic nature that underlies homosexual orientation and behavior.

In this respect, two papers with contradictory conclusions were published between 2012 and 2014. Although the first found no relationship between the molecular markers analyzed with SNPs and homosexuality,  (9) the second did find a significant association between sexual orientation and some SNPs located on the Xq28 region and on another region of chromosome 8  (10). 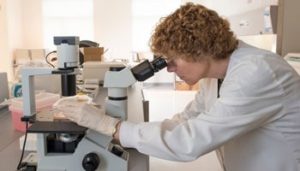 The current state of the research

The recent study cited at the start of this essay and published in Science (2) is the largest performed to date, and its findings have already been presented at the Annual Congress of Human Genetics held in Boston on October 2018, as Jouve reports. (3) (11)

The paper presented at the conference identified four variants on chromosomes 7, 11, 12 and 15. Of these markers, two were specific to men who reported same-sex experiences; one was located in a region of the DNA of chromosome 15, which had been previously found to be associated with baldness in men; and the other was located in a region related with the olfactory receptors on chromosome 11. Researcher Andrea Ganna, who presented the paper at the Boston conference, suggested that this factor is related to sexual attraction. In his subsequent paper in Science, he claimed to have identified five SNPs, whose association with same-sex sexual behavior reached genome-wide significance. Three of these were replicated in other independent samples whose measures were related to identity and attraction rather than behavior.

Nevertheless, the authors were unable to establish whether or not the molecular variants found were situated on coding or non-coding regions of the genome. Given that only 2% of the human genome is coding, the possibility that these four variants can be translated phenotypically, that is, by modifying or conditioning behavior, is very low and cannot alone explain the appearance of homosexual tendencies or conduct. As the author said of these molecular variants, “there’s really no predictive power”.

In fact, in the presentation at the aforementioned conference in Boston, prior to the subsequent publication of the article analysed, Ganna said: “I am pleased to announce there is no ‘gay gene’ […] Rather, ‘non-heterosexuality’ is in part influenced by many tiny genetic effects”. (11) These small genetic effects, according to Jouve, typical of quantitative traits regulated by polygenes, will depend in turn on the influence of the environment. (3)

In his recently published article, Ganna and his colleagues state that “all measured common variants together explain only part of the genetic heritability at the population level and do not allow meaningful prediction of an individual’s sexual preference”. (2)

Although they say that the study focused on the genetic basis of same-sex behavior, several of their results also point to the importance of the sexual sociocultural context. Changes were observed in the prevalence of reported homosexual sexual behavior over time, which raises questions about how genetic and sociocultural influences on sexual behavior might interact.

The discoveries regarding epigenetic mechanisms, or genome modifications resulting from the influence of the environment (pregnancy, surroundings, education, behavior, social interaction, etc.), raise the possibility that these small modifications detected at molecular level, regardless of whether they have the potential to influence behaviors, may instead be the result of certain behaviors on our genome.

Finally, as Ganna says, “our findings […] underscore the importance of resisting simplistic conclusions because the behavioral phenotypes are complex, because our genetic insights are rudimentary, and because there is a long list of misusing genetic results for social purposes”. (2)

All of this suggests that room should, therefore, be left for discretion because, although much progress has been made in the understanding of human genetics (read “Human genome grammar…), there is still much more that we do not know, specifically how our genome translates its information, how genes interact with each other, and how the complicated interaction of the genome and the environment — epigenetics — occurs, which today raises many more questions than answers.

Director of Master of Bioethics – Institute of Life Science