There’s an “urgent need” to create a transparent global registry that would list all experiments related to human genome editing, an expert committee convened to advise the World Health Organization (WHO) said today. The international committee of 18 researchers and bioethicists, which met in Geneva, Switzerland, also agreed with the widespread consensus that it would be “irresponsible at this time for anyone to proceed with clinical applications of human germline genome editing.”

The international committee stated that its proposed moratorium does not apply to germline editing for research uses, provided that these studies do not involve the transfer of an embryo to a person’s uterus. It also does not apply to genome editing in human somatic (non-reproductive) cells to treat diseases, for which patients can provide informed consent and the DNA modifications are not heritable. 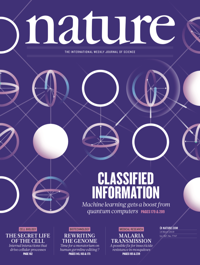 Several other high-profile statements and reports on genome editing have also avoided using the word “moratorium,” although they have similarly emphasized that too many risks and unknowns still surround this technology to use it for germline modifications—which could alter sperm, eggs, or embryos in a way that could pass changes on to future generations—even if the modifications are aimed at preventing life-threatening diseases. In this senses a statement published in Nature last March, in which specialists from seven countries called for the establishment of an international governance framework to regulate the use of the CRISPR gene-editing tool in reproductive applications. Similarly, a group of 62 doctors, scientists and bioethicists have issued an open letter to the Secretary for Health and Human Services of the United States, Alex Azar, urging him to impose a global moratorium on the editing of human embryos that results in births.

Also, an international commission has been convened by the U.S. National Academy of Medicine (NAM), the U.S. National Academy of Sciences (NAS), and the Royal Society of the U.K., with the participation of science and medical academies around the world, to develop a framework for scientists, clinicians, and regulatory authorities to consider when assessing potential clinical applications of human germline genome editing. 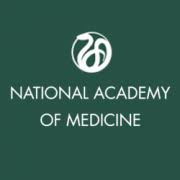 Reproductive germline editing registry initiatives will have a number of scientific, medical, and ethical requirements that should be considered, and could inform the development of a potential pathway from research to clinical use — if society concludes that heritable human genome editing applications are acceptable (read more HERE).

The committee met in the wake of the startling news in November 2018 that a researcher in China, He Jiankui, had used the genome editor CRISPR on the embryos of twin girls who subsequently were born (see our report HERE). He and his co-workers say they attempted to cripple a gene in the girls to make their cells resistant to HIV infection. Researchers from around the world criticized the work for not being transparent, failing to address an unmet medical need, and not properly informing participants in the study of the risks. The Chinese government has condemned He’s work, he was fired from his university in Shenzhen, China, and a formal investigation is underway (read more about HERE). Science Mar. 19, 2019

In our view, these initiatives are positive and reasonable, but banning the implantation of human embryos with modified genomes does not go far enough. The use of human embryos for experimental purposes and their subsequent destruction is also ethically unacceptable, on the basis of their biological (see HERE) and anthropological status (see HERE)which appears to be absent in the aforementioned initiatives .