Earlier this year, CBS News published an interesting review with the evocative title Tens of thousands of embryos are stuck in limbo in fertility clinics, an issue we have addressed several times in our Observatory because it is a great bioethical and moral challenge for our developed societies. In this respect, we think it important to remain up to date on this issue.

As we said in a recent article, “[S]ince in vitro procedures produce more embryos than are needed for implantation, resulting in leftover embryos are generally frozen. Indeed, 99% of IVF clinics in the United States (n= 443) offer cryopreservation services to their patients”. In this regard, “an average of seven cryopreserved embryos remain after in vitro fertilization has taken place and these can be cryopreserved and available to the family for five years”.  “Nevertheless, one-third of the families decide to keep them in storage indefinitely”, while others donate them to biotechnology research, which of course involves their destruction”. As the American Administration has placed restrictions on research using fetal tissue, this option may now be limited (Read the entire article HERE).

One equally important issue is the poor information given to patients by fertility clinics, which often fail to include these negative aspects of assisted procreation, thereby resulting in “inadequate” informed consent.

In this sense, the cycle appears to end in the fertility clinic’s cryopreservation storage tanks. We cite Rich Vaughn, a Los Angeles lawyer who headed the American Bar Association’s assisted reproduction committee for many years, who said in the aforementioned CBS article that, “It’s a real dilemma for these clinics.” “‘We don’t quite know what to do with them and everyone’s afraid to act’ for fear they’ll be sued if people surface decades later and want their embryos.”

“The number is growing as more couples try IVF and because of changes in how it’s done”, continues the article. “The old way was to mix eggs and sperm in the lab and transfer multiple fresh embryos to a womb, hoping at least one would lead to pregnancy. Now, couples usually freeze many embryos, test for health problems and transfer the most viable one at a time to avoid multiple births. That often means leftovers once the desired family is complete”. Next, the author asks a critical question:

How many frozen embryos abandoned are in storage?

“It isn’t known – centers don’t have to report that. One study estimated there were 1.4 million in the U.S. Researchers think 5 to 7 percent are abandoned, though it’s as high as 18 percent at some clinics. Some define that as a year of no contact or storage payments after reasonable efforts to find the owners; others draw the line at five years. Some clinics search social media and hire investigators to find owners when abandonment is suspected. “It has vexed our field” from the start, said Dr. Mark Sauer, a fertility specialist at Rutgers Robert Wood Johnson Medical School who is on the ethics committee of the American Society of Reproductive Medicine. It also has vexed couples, many of whom never expected so many leftovers. Sara Raber of New York’s Long Island had five extras after conceiving two children. Your goal, in the beginning, is just to get pregnant,” so making a lot of embryos seems necessary because you don’t know how many tries it will take, she said. But disposing of extras brings a finality to family building that’s different for IVF couples than it is for those who conceived naturally. You’re making a conscious decision not to have a baby anymore,” said her husband, Howard Raber. “That’s what makes it hard.” 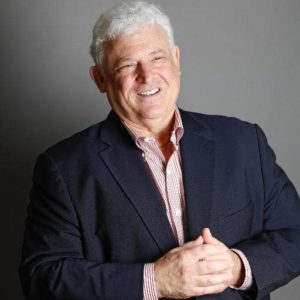 Is there a governmental regulation on frozen embryos abandoned?

In this respect, we cite renowned bioethicist Arthur Caplan of New York University in HuffPost – health, “Indeed, policies that govern reproductive health services can have more to do with the political climate around the service than safeguarding the health and well-being of patients. Abortion, Caplan pointed out, is heavily regulated, and policies range from the number of times patients have to undergo ultrasounds and hear heartbeats to laws about how clinics should be located within a minimum distance from a hospital, with minimum standards for the size of exam rooms and corridors, with no evidence for its benefits for patients. In contrast, there are no regulations for staff training or fail-safe equipment at fertility clinics”. At Washington University, Caplan was more emphatic when said: “We’ve had no legislation in the area because politicians don’t want to get into telling people who can have or not a baby, and they don’t want to get into further arguments about what an embryo is.”

From our Observatory, we support Caplan’s statement because our aim is to defend life from the beginning, and particularly the biological and anthropological status of human embryos. Our bioethical statement made three years ago reaches a new dramatic juncture with this situation: “If we recognize, as science very clearly confirms, that each of these embryos is an individual of the human species, it seems that treating these embryos as simple cell clusters that can be frozen, tested, selected and discarded, is an attack on their dignity, against which the voices of well-founded ethics should be raised up, the ethics that respects life and seeks its good.” (Special report November 6, 2016).

The status of person of the human embryo