Human gene sequencing is being used in medicine, and is also being commercialized on a large scale. Additionally, the ongoing Human Genome Project has created a huge database that is increasing daily.

In this respect, the National Human Genome Research Institute in the U.S. considers the ethical, legal, and social aspects of genomics research in their work, including these key issues (read entire article). One matter this institution approach has special bioethical interest: Privacy in Research. The Institute website treats privacy in research with great care, saying that laws and policies (read in detail HERE) protect the privacy of an individual’s genomic information but there is an ongoing debate as to whether further measures are needed.

A recent article entitled The US Urgently Needs New Genetic Privacy Laws (see HERE) addresses the risks that this database could be used for commercial aims or obtained by hackers, violating the right to privacy of the individual owner of this data. The following is an excerpt from the aforementioned article: “The laws governing DNA data in the US are patchy and incomplete. Yet people keep putting their DNA on the internet, compromising everyone’s genetic anonymity. […] Say you participate in a research study or clinical trial that generates DNA data. A federal law protecting human subjects, called the US Common Rule, mandates that you be informed of how your data might be shared prior to signing a consent document. In 2016, Congress passed the 21st Century Cures Act, which also provides any federal research subjects with a certificate of confidentiality. This restricts the researchers collecting your genetic data from releasing it to law enforcement or other government agencies. And if that information were to somehow be illegally obtained, through a hack or some other breach, it would be inadmissible in court.” 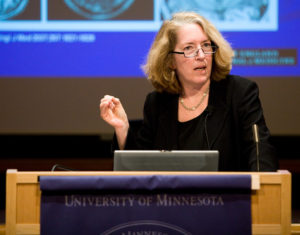 “The rise of DNA data legal experts increasingly concerned that the United States is not effectively protecting consumers from the many privacy risks that now loom before them. ‘What in heaven’s name is the law in genomics? That is not that easy to answer,’ Susan M. Wolf told an audience gathered last Thursday at the University of Minnesota, where Wolf is a professor of law and health policy. ‘We’ve got 50 states. We’ve got multiple federal agencies involved.’ The patchwork of laws means that in practice genetic anonymity is almost never guaranteed. But the legal landscape is so fractured that to fix this situation, the first issue is to resolve what rules apply to what data.”

Several initiatives are in course for preserve genetic data privacy

Nevertheless, there are several initiatives in course to resolve the fractured legal landscape in the US. The article continues: “[…] dozens of other lawyers, doctors, and others in the DNA testing world have spent the past three years assembling searchable public database of every federal and state law, regulation, official guidance, and professional standard that currently regulates the field of genomics. The project, called LawSeq, is also assessing the field’s biggest legal challenges and seeking a consensus about how policymakers should think about a DNA-rich future. The project, funded by $2 million from the National Institutes of Health, tackles other aspects of genetic data law, but it was the discussion of privacy that dominated the group’s third and final conference in Minneapolis last week, which coincided with the one-year anniversary of the Golden State Killer arrest, using DNA evidence.”

In the opinion of the recently deceased Cardenal Sgreccia, […] “databases with the (genetic) information who have undergone tests should be accessible only for scientific purposes or by court order. (Personalist Bioethics – Foundation and Applications, page 332). This information must be protected from any interested parties, individuals, industries or insurance companies, etc.