“No warning having been given to patients or doctors.”

A recent article in the Wall Street Journal (November 13, 2019), entitled Google’s ‘Project Nightingale’ Triggers Federal Inquiry, tackles the massive violation of the right to privacy of patient data. The news has caused great distrust in the American health system that until now considered the privacy of medical data as an inviolable, professional and institutional secret. The news sparked a federal inquiry and criticism from patients and lawmakers.

Yesterday, British newspaper The Guardian published an extensive article under the title Google’s secret cache of medical data includes names and full details of millions – whistleblower. The following is an excerpt from the report:

“A whistleblower who works in Project Nightingale, the secret transfer of the personal medical data of up to 50 million Americans from one of the largest healthcare providers in the US to Google, has expressed anger to the Guardian that patients are being kept in the dark about the massive deal 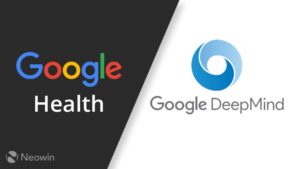 “The secret scheme involves the transfer to Google of healthcare data held by Ascension, the second-largest healthcare provider in the US. The data is being transferred with full personal details including name and medical history and can be accessed by Google staff. Unlike other similar efforts, it has not been made anonymous removing personal information known as de-identification […]  By the time the transfer is completed next March, it will have passed the personal data of 50 million or more patients in 21 states to Google, with 10 million or so files already having moved across – with no warning having been given to patients or doctors.”

The article continues, “This is not the first time Google has ended up in hot water over its efforts to become the dominant player in healthcare data and analytics. In 2017, the transfer of 1.6m patient records at the Royal Free hospital in London to the company’s artificial intelligence arm DeepMind Health was found to have an “inappropriate legal basis” by the UK’s watchdog on data.”

Read about another irregularity of American healthcare Genetic data privacy in the U.S. questioned. Bioethical approach