Skip to content
Home/Bioethics, BIOETHICS NEWS, Drugs and Addictions, NEWS/Is vaping a new dangerous drug? A short review of the issue focused on the US

Is vaping a new dangerous drug? A short review of the issue focused on the US

Two recent news articles have asked us to think about it: 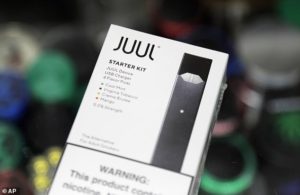 In this respect, Nora Volkow, director of the National Institute on Drug Abuse,  said that “vaping is becoming a public health problem”.

Meanwhile, the Government of India (see HERE) has announced a ban on electronic cigarettes, since their use has grown exponentially and “has acquired epidemic proportions in developed countries especially among young adults, teens and children”. The ban includes all electronic systems that deliver nicotine, and covers their manufacture, importation, sale, commercial advertising and destruction.

Such bans are favored in the report by the national Centers for Disease Control and Prevention (CDC), which is investigating 380 cases of serious lung diseases throughout the country, most of them requiring intensive care (see HERE), while there have been deaths in some patients. 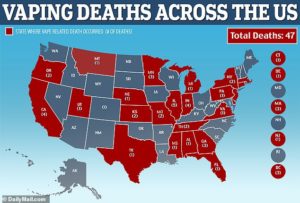 Until the causes of the serious vaping-related diseases are identified, the US CDC recommends caution in the use of these products.

To understand the severity of the public health crisis attributed to vaping we extract a piece of recent news published by American media.

Time Magazine, for example, has published an article (November 13, 2019) entitled Michigan Teen Receives Double Lung Transplant After ‘Enormous’ Damage From Vaping (read HERE). Below are some of what we consider to be more relevant excerpts, “Doctors at Henry Ford Hospital in Detroit described to reporters the procedure that saved the 17-year-old’s life and pleaded for the public to understand the dangers of vaping.

An example of vaping related injuries

The teen was admitted in early September to a Detroit-area hospital with what appeared to be pneumonia. He was transferred to Children’s Hospital of Michigan in Detroit and taken Oct. 3 to Henry Ford Hospital where the transplant was performed Oct. 15. The double lung transplant is believed to be the first performed on a patient due to vaping.

Doctors found an “enormous amount of inflammation and scarring” on the teen’s lungs, said Dr. Hassan Nemeh, surgical director of thoracic organ transplant at Henry Ford. “This is an evil I haven’t faced before. The damage that these vapes do to people’s lungs is irreversible. Please think of that — and tell your children to think of that.” […] “Vaping-related injuries are all too common these days. Our adolescents are faced with a crisis,” said Dr. Lisa Allenspach, pulmonologist and the medical director of Henry Ford’s Lung Transplant Program. “We are just beginning to see the enormous health consequence jeopardizing the youth in our country … these vaping products should not be used in any fashion.” (TIME, November 13, 2019).

From the ethical point of view, it is urgent that governments take the strongest measures until the studies currently being conducted to determine the cause of these diseases conclude.