Last September, we reported that the UK has UNAIDS targets achieved: 90%-90%-90%: for the diagnosis, treatment, and transmission of HIV (read HERE). joining a group that already included Namibia. The fact that Namibia reached UNAIDS goal before the UK and many developed countries has some particular characteristics that are of bioethical interest. 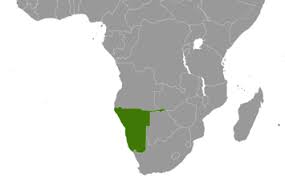 A recent article published in TIME magazine under the evocative title: In Addressing HIV, the U.S. Has a Lot to Learn From Namibia (read HERE entire article) reveals the strategy followed by Namibia. Below are some of the most interesting points, in our opinion:

“Namibia is only one of six countries to reach global “90-90-90” targets for 2020 set by UNAIDS, the Joint United Nations Programme on HIV/AIDS. That is, 90% of people with HIV in Namibia know their status; 90% of those diagnosed are on treatment; and 90% on treatment are virally suppressed, meaning they can’t pass the virus on to someone else. The U.S. trails behind, by contrast, at 86-74-83. Namibia’s progress is especially impressive given that, with almost 12% of adults aged 15-49 living with HIV, it’s still facing one of the highest HIV prevalence rates in the world.”

The article continues, explaining that part of Namibia’s success, […] ” is due to its community-centered approach, through programs such as DREAMS, which works to reduce new HIV infections by addressing the risk factors, like poverty, gender inequality and lack of access to education. DREAMS launched in Namibia in 2017, funded by the U.S. President’s Emergency Plan for AIDS Relief.

Person to person strategy. The importance of HIV education 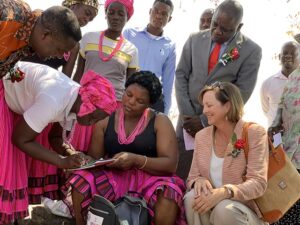 “Day after day, Kahuure and her colleagues hit the streets of Namibia’s capital city, Windhoek, to talk to young women and encourage the girls to spread the message of HIV prevention among their peers. They also engage women’s parents or caretakers on the importance of HIV education. The program has proven to significantly decrease new HIV diagnoses in many other African countries where it has been implemented and was expected to reach over 15,000 young women in Namibia in the last year alone.”

“The US may also be stepping up its political commitment on the domestic front. President Donald Trump requested $291 million in the fiscal year 2020 budget for a new HIV initiative that he announced in his most recent State of the Union address. While the overall fiscal budget is still being hashed out in Congress, if the effort—which has bipartisan support—is funded, the first phase will focus on geographic hotspots with the highest number of new HIV cases, including four Atlanta counties, and provide them with resources, expertise and technology.

The “initiative is based on many of the same principles that we utilize and apply internationally,” including in Namibia, says Dr. Catherine McLean, the CDC’s associate director for Southern Africa. “These include using high-quality data to determine the most impacted locations and groups and then working closely with local governments and communities to establish targeted programs.

HIV/AIDS fall in some countries but in Spain,Middle East,North Africa, and eastern Europe the number of new infections has increased significantly