Our Observatory is following the palliative care issue as an urgent global ethical matter to be resolved, both in developed countries and in the rest of the world (read HERE). We said in a recent article “the consideration of the dignity of the suffering human person, and consequently, the need to relieve that suffering, is at the foundation of the not always adequate promotion of palliative care in the world, because a primary goal of medicine is that, if it cannot be cured, it should at least relieve the suffering of patients, especially those who are living the final moments of their lives […] In this sense, the Lancet constituted a special Commission in palliative care (see Lancet report “Alleviating the access abyss in palliative care and pain relief—an imperative of universal health coverage”  to try to resolve these grave oversights. This commission showed a great disappointment when Universal Health Coverage (UHC), a priority of the “Sustainable Development” objectives programmed until 2030 by WHO (see HERE) not included palliative care. The aforementioned commission explained the reasons for this exclusion and showed that they were fallacies, and proposes a series of measures (read HERE).

A recent report from King’s College in London titled “The escalating global burden of serious health-related suffering: projections to 2060 by world regions, age groups, and health conditions”, published last July in The Lancet Global Health (July 1, 2019), predicts that by 2060, around 48 million people (47% of all deaths) will die without receiving the palliative care that they need. 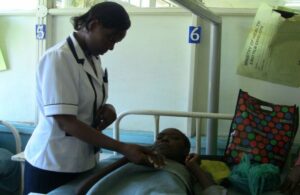 Palliative care is underdeveloped in most of the world

In another article, we published an evaluation of WHO stating that, “The need for palliative care has never been greater and is increasing at a rapid pace due to the world’s aging population and increases in cancer and other noncommunicable diseases. Despite this need, palliative care is underdeveloped in most of the world, and outside North America, Europe, and Australia, access to quality palliative care is very rare. Palliative care is expanding in the developed world in spite of myths and
misunderstanding about its nature and purpose but is only beginning to be available in the developing world where it is needed most (see HERE).” Nevertheless, it was excluded from Universal Health Coverage (UHC) [Read below what WHO’s  essential health services]

Now, HOMECARE (October 30, 2019) announced “[T]hat the House of Representatives approved HR 647, the Palliative Care and Hospice Education and Training Act (PCHETA), legislation that would make improvements in the training, education, and provision of palliative and hospice care. The National Association for Home Care & Hospice (NAHC) has advocated for passage of this bill since it was introduced (see HERE our 2017 article).

Specifically, PCHETA amends the Public Health Service Act to increase the number of permanent faculty in palliative care at accredited allopathic and osteopathic medical schools, nursing schools, social work schools and other programs (including physician assistant education programs), as well as promotes education and research in palliative care and hospice and supports the development of faculty careers in academic palliative medicine.

NAHC has ardently advocated on PCHETA this congress and in years past. Most recently NAHC led a letter of support endorsed by 35 state home care and hospice associations, as well as over 50 other national associations and organizations.

Advocacy efforts will now turn towards the Senate as the upper chamber considers their companion bill of the legislation, S 2080. The association encourages all in the palliative care and hospice community to contact their Senators and urge their support for PCHETA. The NAHC Legislative Action Network has been updated with this most recent development and is available for contacting your Senators.

Two opposed positions confront the end of life: supporters of euthanasia and assisted suicide versus adequate palliative care. While the former – the defenders of euthanasia and assisted suicide – propose to end human life when, for different circumstances, consider it unworthy, the defenders of adequate palliative care propose in all cases the defense of human life, its dignity, and inviolability, and providing the necessary and sufficient means for alleviating his suffering and providing quality of life.

From a bioethical point of view, the UHC should include adequate palliative care from the diagnosis to  palliative care units with a specialized and trained multidisciplinary team of medical professionals.