Germany has joined the minority of European countries that allow euthanasia. Until now, the country had banned what it called “organized medically assisted suicide”. Last month, however, the Federal Constitutional Court ruled that the right to die includes the freedom to “rely on the voluntary help of another person” (read more HERE). 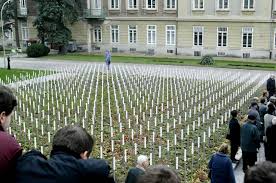 The debate on euthanasia and assisted suicide in Germany has immense significance given its relatively recent historical past, in which euthanasia was practiced by the State, thus eliminating thousands of patients with chronic illness and mental and physical disabilities.

The new law has revived the debate, and its critics are many:

President of the German Association for Palliative Medicine, Lukas Radbruch, believes that “it is essential to empathize with and carefully listen to patients who are considering assisted suicide. In his experience, whenever someone enquires about this possibility, it is often a cry for help to end one’s suffering. Whenever he then suggests pain-relieving sedative drugs, terminally ill patients gladly opt for this possibility” (read more HERE).