In “She” (The Good Doctor, Season 1, Episode 14), Dr. Shaun Murphy is surprised to learn that his young cancer patient identifies as a girl while being biologically male. (1) HE is put in a difficult position when the family of the transgender cancer patient insists they know what is best for her. (see S1, ep 14)

Biological methods for classifying human sex based on anatomy and genetics are criticized for having no basis in science and at the same time defended as one of the most precise methods in life sciences, with a predictive accuracy of over 99.98 percent (taking into account that there are people with intersex conditions). Nevertheless, some basic scientific facts have been legally modified in some countries. Thus, a person who is medically identified as a man because he has XY chromosomes can, under some regulations, be legally recognized as a woman; similarly, a person with XX chromosomes, i.e., genetically female, can demand to be legally known as a man. 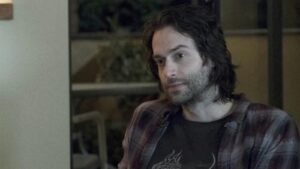 She: Dr. Shaun is put in a difficult position when the family of a transgender cancer patient insists they know what is best for her. (S1, ep 14)

The best interest of the child and parents’ duties

Globally, international regulations governing women’s and children’s rights provide the necessary grounds for the exercise of conscientious objection when challenging specific domestic laws that make child sex reassignment surgery compulsory and ban surgical reversal. As a result, some parents could see their responsibility for their child removed in favor of the public administration. Both parties are convinced that they are acting in the best interest of the minor, and the parents can only argue constitutional rules regarding freedom of conscience and international rules interpreting the best interest of the child. 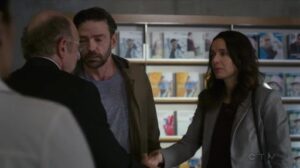 A bureaucratic paradigm, in this sense, is the British pathway. The standard government “route” for applying to the Gender Recognition Panel for a Gender Recognition Certificate[1], if the interested party wants his or her acquired gender to be legally recognized in the UK, requires four cumulative (not alternative) conditions: age 18 or over; having been diagnosed with gender dysphoria (discomfort with birth gender), also called gender identity disorder, gender incongruence or transsexualism; having lived in the acquired gender for at least 2 years; and intending to live in the acquired gender for the rest of their life. These conditions imply that the applicant should have been at least 16 years old when acquiring the other gender, but not necessarily requiring surgical reassignment.

Where the rule of law is experiencing this paternalist evolution, there is a scientific tendency to compare the urgency in these cases to the already classical ones regarding blood transfusion in children whose parents are Jehovah’s Witnesses. The refusal of treatment on behalf of their children makes it difficult to apply informed consent. If a child could die or suffer if not treated, treatment should be offered without the parents’ permission, regardless of their refusal: protection of the child prevails over the parents’ right to freedom of religion. This almost globally accepted bioethical case-law statement is based on the principle that the child has not yet reached a state in life in which he or she has assumed the religious or cultural values of the parents. Therefore it cannot be assumed that the refusal of treatment (transfusion) is in his/her best interest[2]. Here, the analogy with gender identity disorder is scientifically advocated and, at the same time, challenged. Researchers and practitioners are divided. Paternalists would intervene in the case of underage patients, arguing, firstly, that this is a life-saving treatment due to the high risk of suicide (the child may die or suffer if not treated). Secondly, they would not take into account any parental consent, because the child has not reached a state in life in which it is possible to have assumed the parents’ values.

In contrast, non-paternalists would wait until adulthood, and the child is thus able to exercise their own freedom of conscience. Once the patient has been diagnosed with gender dysphoria, these practitioners would wait until the patient is entirely prepared to consent by using the very same scientific arguments analogically adopted by the paternalists.

First, it has not been unanimously determined that the risk of suicide is negated by the surgical intervention, either in adults or in children. On the contrary, the suicide rate is significantly higher in this population, regardless of age[3]. Thus, the harms and benefits should to be taken into account more respectfully. In such individual patients, it should involve the social context of mental suffering and its subjective nature. Instead of using puberty blockers or surgery for underage patients, attempts should be first made to treat the pain or suffering associated with the disorder, mainly constitutive of depression. Assessment of the degree of harm and benefit—for adults as well—must also consider the reluctance to remove healthy parts of the body, seen as mutilation[4] with very important side effects, such as procedures that are very difficult or impossible to reverse and sterility. 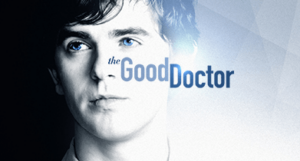 In this episode of popular American drama series, some key ethical issues, such as gender identity, are illustrated by interpreting the bioethical principles (autonomy, justice, beneficence, and non-maleficence) based on a utilitarian rather than a deontological approach.

One important ethical question that should be addressed, in concurrence with the others explicitly depicted in the show, is freedom of conscience. In most developed countries, a medical objector is stigmatized as a freak, even more so than an autistic surgeon (main character in the series).

In “She” (Season 1, Episode 14), Dr. Shaun Murphy is surprised to learn that his young cancer patient identifies as a girl while being biologically male. Shaun must quickly learn to understand his patient, her medical needs and how to work with her family. During the episode, there are some interesting dialogues, but one is paradigmatic. Shaun is in the child’s room, asking her what it feels like to be a girl. She explains how free she feels and Shaun tells her that he doesn’t know what it feels like to be anyone else but him; she smiles and says: ‟me too!”[5].

The very same ethical arguments defended in this episode in favor of diversity and autonomy should also be useful for recognizing the right to conscientious objection, both for individuals (patients and professionals) and institutions (hospitals, clinics). Perhaps it is time to turn the narrative from widespread utilitarianism to still internationally official deontology. Public institutions are yet required by law to protect and defend the diversity of opinions and beliefs based on reasonable doubts. The problem is that, at the same time, these doubts are accepted by sound science but rejected by the trending rule of law.

Member of the Bioethics Observatory – Institute of Life Sciences -UCV

[4] Apart from mastectomy, interventions relating to genital removal fall within the criminal offense of genital mutilation. In the UK, the clause of exception differentiates these, specifying that: “no offense is committed by an approved person who performs (a) a surgical operation on a girl which is necessary for her physical or mental health (b) a surgical operation on a girl who is in any stage of labor, or has just given birth, for purposes connected with the labour or birth.” Female Genital Mutilation Act 2004: chapter 31 2004 (UK Government). Information available at: http://www.legislation.gov.uk/ukpga/2003/31 (last visited: 27/02/2020)