Skip to content
Home/Bioethics, BIOETHICS NEWS, NEWS/The focus of the pandemic is now in United States, Italy and Spain. A developing story that will be weekly updated

The focus of the pandemic is now in United States, Italy and Spain. A developing story that will be weekly updated

The United States now has more confirmed cases than any other single country, including China where the disease emerged in December 2019. Europe has also recorded hundreds of thousands of infections, with Italy and Spain worst affected (BBC, March 31, 2020). Read our special report HERE. 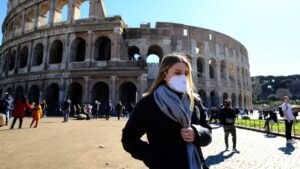 United Estate’s outbreak. New York and Washington are the epicenters.

We extract from an article published today in CNN Heath untitled US coronavirus fight enters crucial weeks as the number of cases tops 330,000

The next two weeks will be crucial in the United States’ fight against the coronavirus, warn health officials, who are urging Americans to continue practicing social-distancing measures.

Vice Admiral Jerome Adams, the US surgeon general, likened the coming week to a Pearl Harbor or 9/11 moment, saying on “Fox News Sunday” it would be the “hardest and the saddest week in most Americans’ lives.”
The number of cases nationwide Sunday climbed to at least 337,274 with at least 9,633 dead, according to data compiled by Johns Hopkins University. Of those deaths, 1,344 were reported Saturday — the most fatalities recorded in the US in a single day.

Coronavirus. Shortage of beds and supplies rise objective bioethical dilemma, read The use of healthcare resources during this crisis. 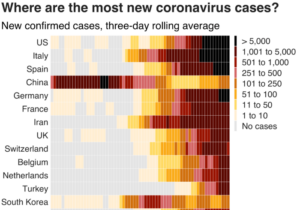