There is no doubt about the importance of genetic tests for medicine. However, direct-to-consumer genetic tests are also a huge line of business in development. There are three main reasons for the increase in genetic tests:

A large review published last October in the British Medical Journal (October 16, 2019) approach this issue. Here we extract what, in our opinion, is more interesting:

“Direct-to-consumer (DTC) genetic tests are sold online and in shops as a way to “find out what your DNA says.” Testing kits typically contain instructions and equipment for collecting a saliva sample, which customers post to the DTC company for analysis.

Some DTC genetic tests promise insights into ancestry or disease risks; others claim to provide information on personality, athletic ability, and child talent. However, interpretation of genetic data is complex and context-dependent, and DTC genetic tests may produce false-positive and false-negative results.

The authors continue explaining what to do with their own genetic test, Anyone concerned about a result from a DTC genetic test might turn to their general practitioner (GP) or other primary healthcare providers for advice. This practice pointer aims to help clinicians in this scenario and explains what sort of health information is provided by these tests, their limitations, and how clinicians can respond to common questions about them.

What is a DTC genetic test?

Most DTC genetic tests don’t sequence the whole genome. They typically use a method called SNP-chip genotyping, which checks for the presence or absence of specific variants throughout the genetic code, such as particular single nucleotide polymorphisms (SNPs), or small insertions or deletions. SNP-chip genotyping detects common genetic variants well, but when SNP-chips detect very rare variants these are often false positives (they are not really present in the person’s DNA).

Genome sequencing is another method becoming more widely used in DTC genetic tests. These tests sequence almost the entire genetic code and identify the variants present within it. However, detecting variants is not the same as knowing their clinical effects—clinical interpretation of genetic variants is challenging and depends on the context. 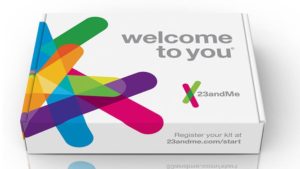 The appeal of DTC genetic testing and the promised “personalized health”

The review focuses on what expectations users have: “People might be drawn to DTC genetic testing in the hope that it will provide clear cut information about their future health. This idea may be reinforced by advertising. For example, a recent analysis of advertising of DTC genetic tests noted that some tests were presented as potentially empowering, with the decision to take them portrayed as responsible—a way that people can take an active role in managing their own health. The “personalized medicine” that genetic testing promises is often portrayed in an optimistic light by the mainstream media and genetic technology is generally presented as highly accurate. As a result, people may perceive genetic testing as clearly predictive and expect that results will help them plan for the future. Our research group recently conducted a YouGov survey of around 2000 people in the UK, and found that the most common word that people chose to describe genome sequencing in healthcare was “informative”. A discussion with a patient considering having a genetic test is outlined”.

In this sense, a recent article published in HemOnc Today made a short but interesting approach to the medical implication of these tests. Specialist “Debra Mathews, Ph.D., MA, assistant director for science programs at the Berman Institute of Bioethics, and associate professor of pediatrics at the Johns Hopkins University School of Medicine, said,

“What I focus on is the value of the information offered by these tests, the complexity of it, and the interpretation of that information,” she told Healio Rheumatology. “There are several companies performing direct-to-consumer genetic testing, and many of them, unfortunately, are not to be trusted.”

For Mathews, it is important to highlight that even more quality products like 23andMe do not perform whole-genome sequencing. “These tests are usually looking for particular spots on the genome that were previously identified in genome-wide association studies to have been associated with a disease,” she said. “In the case of BRCA, it is of concern that 23andMe is only returning results on three mutations that are largely relevant in the Ashkenazi population — the absence of any of these variants, especially in someone without Ashkenazi heritage, says very little about a person’s cancer risk.”

Returning to the BMJ review, the authors show the advantages and risks that provides direct to consumer tests:

DTC genetic tests might provide a range of health information:

As we said above we can not deny the great importance of genetic tests in medicine, but a massive use of different genetic tests that are being offered to the public entails important risks since someone might not have a specialized test, potentially more expensive, that would have been desirable to perform. The false expectations created by internet information and publicity can have an important side effect on health and a heavy economical cost. In the same way, these tests can have harmful psychological effects, due to concerns about the likelihood of disease development that may never manifest itself, or due to the discovery of predispositions to different pathologies, as a letter published in Nature warned recently. In this sense, we published some news and special reports (see HERE).