Disparities of health care for ethnic reasons should be resolved. Coronavirus and maternal health care data.

Disparities in maternal health care, as reported in the February 2020 issue of the British Medical Journal,  are one of the paradigms of inequalities in women’s health care for ethnic reasons. Between 2014 and 2016, the rate of maternal death in pregnancy of white women in the United Kingdom was 8 per 100,000 compared to 15 per 100,000 Asian wo 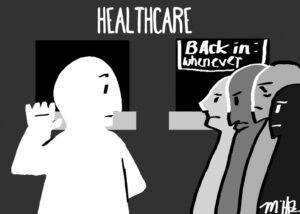 These ethnic differences also occur in the care of people affected by coronavirus (NHS data), as the same journal reported recently – June 2, 2020. “A report by the intensive care national audit and research center (ICNARC) found that 33% of 9347 patients (correct as of 29 May) who were admitted to intensive care were from ethnic minority backgrounds and 16% of total national deaths (correct as of 29 May) from coronavirus have been in people from ethnic minority backgrounds, despite only making up 14% of the UK population. The coronavirus mortality risk was 62% higher for Asian people and 71% higher for black people compared to white people even when controlling for age, gender, body mass index, co-morbidities and deprivation.” In which measure is it racial discrimination? it is a great bioethical issue.